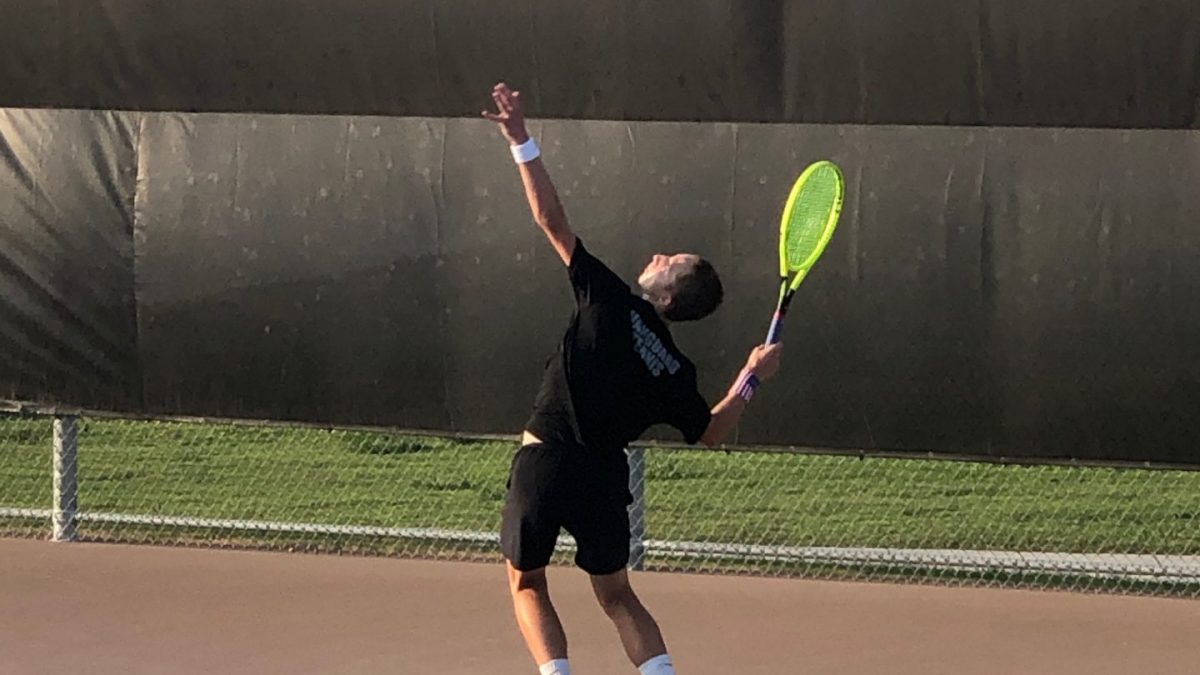 The High School Tennis Team defeated Temple High School for the first time in a hard-fought match at Temple High School. Doubles wins were scored by Zach Henry and Karch Knoll, Ethan Marsh and Hyrum Blackwelder, and Aldo Ibarra and Seth Blackwelder. In singles, the boys finished first with wins by Karch, Zach, Ethan, Hyrum, Anthony Foti, and Aldo.  Zach Henry didn’t drop a game during the match. The girls captured the win for the team with singles wins by Avery Haynes, Karissa Kuhl, and Maddie Hanley.

The High School Tennis Team played Robinson High School Saturday at Robinson High School. A rescheduled match from a rainout earlier in the week, the match was the longest the Vikings have played in past few years with a number of matches ending in tiebreakers. Doubles wins were scored by Carter Oates and Seth Blackwelder and Sarah Emerson and Grace Yoon.  In singles, the girls captured wins by Grace Yoon, Karissa Kuhl, and Avery Haynes. Aldo Ibarra and Samuel Mach won for the boys, with Samuel coming back from being down 2-6, 5-1, to win 10-7 in a super tiebreaker for the third set. The final score was 7-12.  The next High School Tennis match is Tuesday at Groesbeck High School.