3A Vanguard and state champs 4A All Saints. Vanguard 16-4 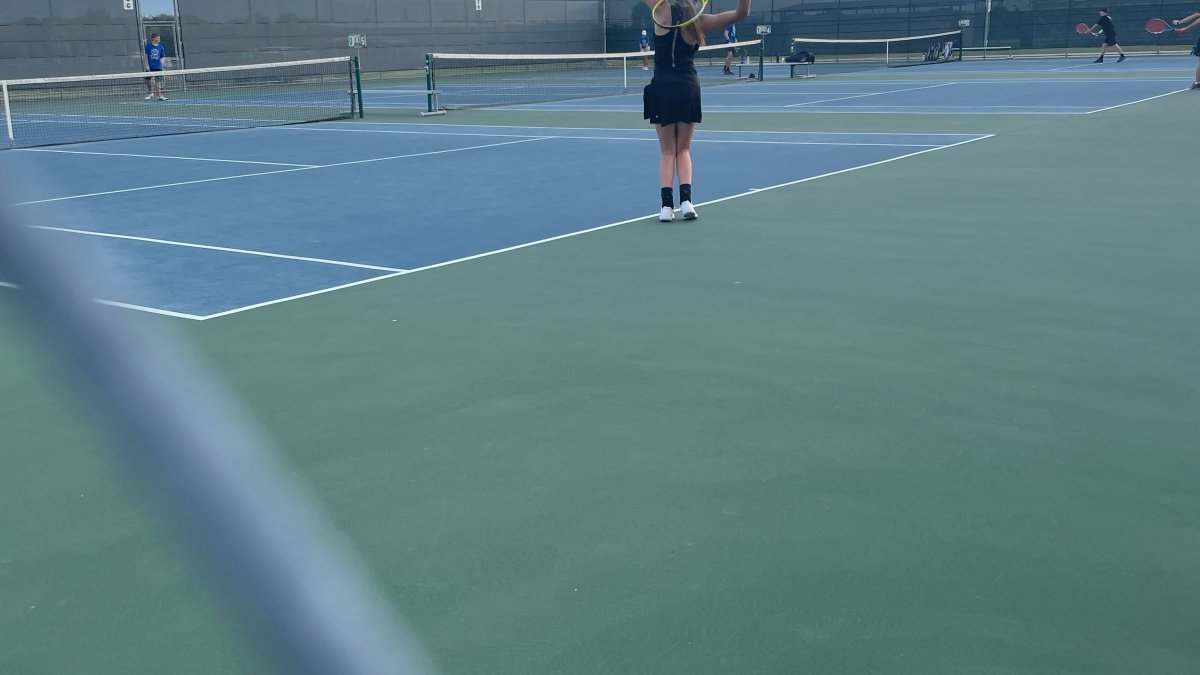 The High School Tennis Team played the TAPPS rivals Tyler All Saints at  Corsicana High School Wednesday night. It was a match-up of State Championship teams, with All Saints having won the 4A State title and Vanguard winning the 3A title in the spring. The Vikings came out strong in doubles winning all but one match.  Zach Henry/Aldo Ibarra, Hyrum/Seth Blackwelder,  Evan Roos/Luke Williams, Aubrey Carroll/Karissa Kuhl, Grace Yoon/Karoline Horner, and Zach Henry/Aubrey Carroll won in doubles.  Singles had some battle with two of the matches going into super tie-breakers. On the girls’ side, wins were scored by Aubrey Carroll who defeated Lauren Kilblinger, State 4A singles champion; Karissa Kuhl who defeated Millie McGeehee, State 4A doubles second place; and McKenna Lowrey, Avery Haynes, and Karoline Horner, who only dropped 4 games between the three of them. On the boys’ side, wins were scored by Zach who defeated Cullen Walker, State 4A doubles second place, Hyrum, Seth, Carter, and Holland Evans, who played in his debut in a Varsity match.  The final score was 16-4. The High School team will play China Spring JV, Tuesday, September 21st, and will play Temple High School on Friday, September 24th. The TAPPS State Team Tennis Tournament is set for Oct 18-20 at Waco Regional Tennis Center.