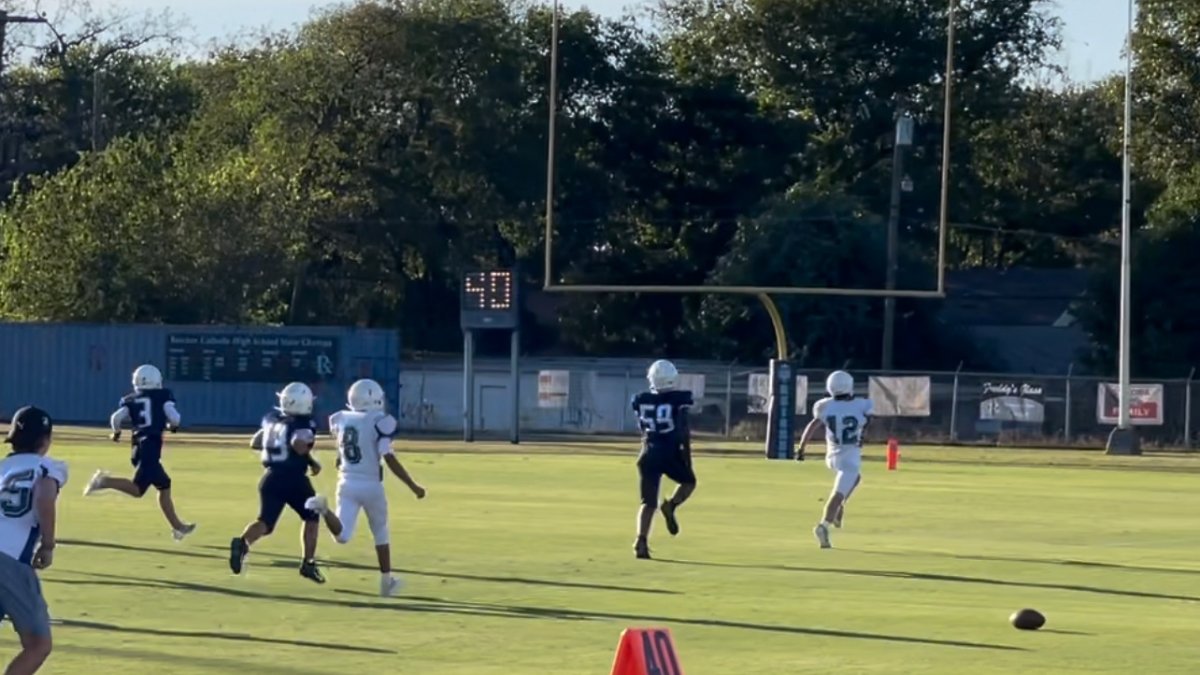 The Middle School Football teams were in action, playing at Bishop Reicher.  The 8th-grade team played first, soundly defeating Reicher 46-0 in a great team win.  The 7th grade team played Aquilla right after them, and played very hard, but ultimately fell 33-18.  They had a lot of great moments, and were very close to flipping that game to a victory. 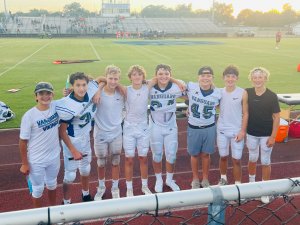