Above and Beyond Feature – Lana Hickok, Matt James, and William Priest 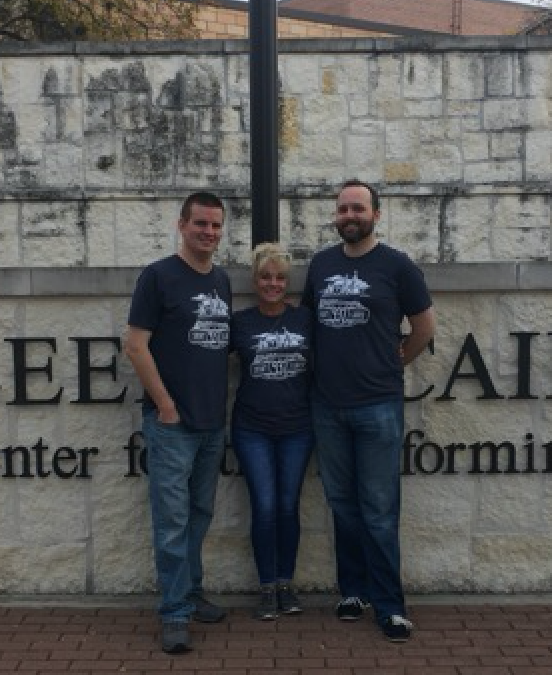 Above and Beyond Teacher Feature!

This fall, Lana Hickok directed Vanguard students in 937, her fourth annual one-act play for the TAPPS OAP competition.  Lana believes the group of students who participated in this year’s play showed the most talent, tenacity, and chemistry of any group so far.  After placing second at the district level, Lana and co-directors, William Priest and Matt James, made a few key changes to the script about a group of Jewish refugees facing an uncertain future during the Holocaust. Their student actors and actresses adapted to these changes in just a few days before the state competition in Kerrville at the Cailloux Theater.  The amazing performances of the ensemble of Vanguard students left the audience astounded and in tears.  Mr. Priest’s costumes and Mr. James’ set design earned praise from the judges as well as the performances of Aidon Butler, honorable mention cast, Abbey Deputy, all-star cast, and Jackson Kelly, the best actor with Deven Patel earning all-star crew as stage manager.  “The manner in which these talented students adapted to the many changes and difficulties that were thrown their way is a credit to Lana’s skill as a teacher, mentor, and director,” said co-director Matt James.  After working on the script, set, and costumes for over a seven month period, the three directors are already thinking about next year and the opportunity to display the talent of their students in the next competition.

Thank you to these outstanding teachers who went above and beyond!