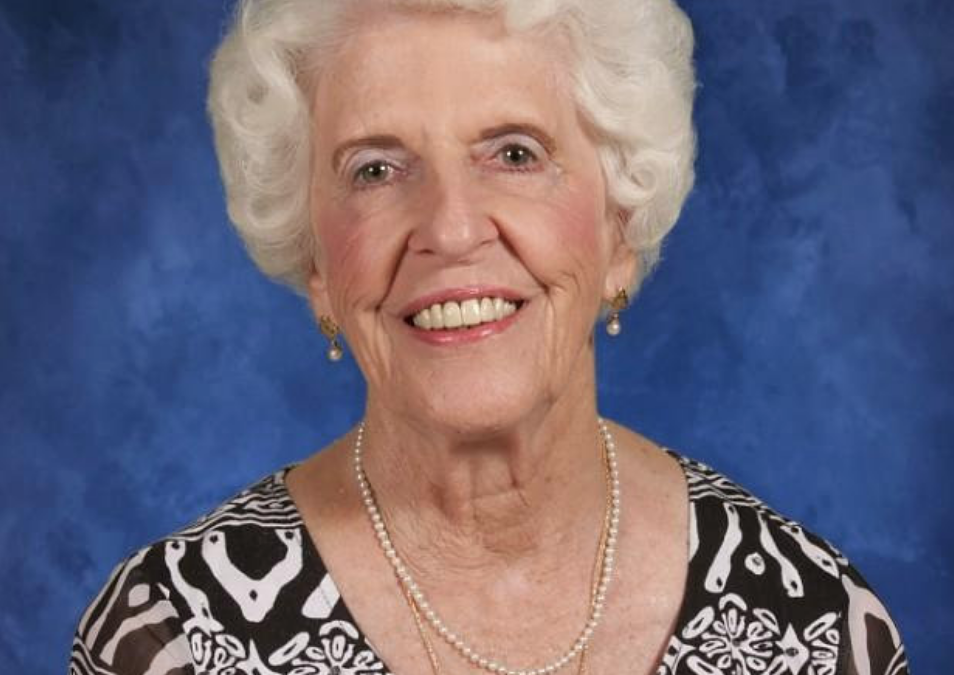 Spain served the Vanguard community first as a school counselor and then as a seventh and ninth grade English teacher.  Mrs. Spain taught at Vanguard for twenty-seven years, retired in May 2012.

“I feel so fortunate and grateful to have known and learned from Mrs. Spain during my 7th and 9th grade years at Vanguard,” said Audrey Lowder (‘06). “I can remember her steadfast dedication to her students and their successes both inside and outside the classroom. She was the first teacher who really taught me how to manage my time and workload. I’ll never forget that Odyssey Project – to better prepare life after Vanguard and life in general. She left a lasting impression on me and on Vanguard, and her legacy will continue to live on.”

Spain was a cornerstone of many a student’s experience. She was one of the first teachers who touched the lives of incoming seventh graders — and she helped them develop into learners.

“Mrs. Spain had an incredible gift for developing us as young adults, employing a perfectly consistent and caring approach that became a dependable, stabilizing force for us all,” Jed Cole said. Whether it was a draft of our first essay, the daunting Odyssey

project or even our first trip to early morning detention, her guidance was always honest, constructive and, most of all, from a place of love. She cared for each of us as her own children, and I can't imagine my time at Vanguard with a better teacher, mentor or friend than Mrs. Spain."

Students credit Spain for cultivating in them some very specific qualities.

“I had always loved to read, but in our seventh and ninth grade English classes, Mrs. Spain showed me how to love studying stories 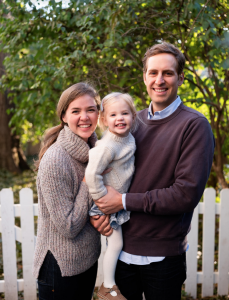 and how to look to books for bigger truths about how we could live good lives and how we could see ourselves in others,” said Hillary Rector (‘05). “I have distinct memories of our spelling and vocabulary and diagramming exercises, and I can still picture her handwriting in red pen. But the most lasting thing I took from her classes was a sense that I was capable of doing hard work and responsible to do it well. In teaching us this through grammar and literature, she communicated not only a love of English and the worlds it could open for young people, but also a deep love and care for her students.”

She challenged her students to think, process and make sense of challenging literature.

“She challenged us to work beyond what we thought was possible and helped us appreciate so many different types of literature,” said Mary Morrison Bennett (‘92). “I especially remember enjoying Louis L'amour, one of her favorite authors. I remembering thinking it was so dumb to read a western, and then I just loved them. She was one of those teachers you carried with you in future classes.”

No stranger to the antics of middle school boys, Spain had a way of taking care of their needs while the learning continued.

“Joe Jackson and I had her class right before lunch, but we were always so hungry we had difficulty paying attention in class,” said 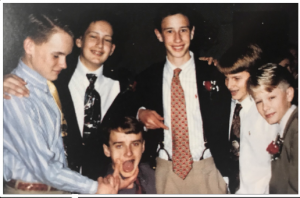 Nate Taylor (‘97). “Mrs. Spain bought her own protein bars that she kept in her desk and any time she caught us daydreaming, she’d call us out by name, stop the lesson and throw us a protein bar to eat. Then she would calmly go back to teaching. It worked and it became a daily thing that held us over until the lunch break.”

Claire Campbell (‘99) said she owes her writing work ethic and grit to Spain.

“Carol Spain's classroom was filled with imaginative assignments, like crafting choose-your-own-adventure stories and rewriting the endings to classic stories,” Campbell said. “It was infused with her passion for both medieval literature and modern fiction, but it was also grounded in tough love. She was the first writing instructor to tell me that it wasn't enough to write something pretty; you had to say something. You had to say something real. What a marvelous teacher, counselor, and storyteller.”

In her long tenure at Vanguard, Spain earned the respect of her fellow faculty members, in the humanities department, as well math and science departments.

“Carol was literally the first person I met at Vanguard,” said Aline Leslie, science teacher and now assistant head of school. “It was May of 1990, I had just been awarded my Masters' degree in Biology, and had applied to Vanguard for a Biology teaching position.  When I showed up for my interview, she greeted me, and then asked most of the questions posed by the hiring committee. Carol told me much later, that she'd told Mr. Wucker, then the head of school, that he'd better hire me because she had a feeling I'd be a good teacher.”

Leslie said Spain immediately took her under her wing, and for the next 20 years, was the best mentor a teacher could ask to have.

“Carol was a perfect blend of fairness, flexibility, kindness and grace,” Leslie said. “Even though she presented with an imposing first impression, her students, my daughter among them, soon discovered the ‘softie’ at her center. She was a good friend, an exemplary teacher and a classy lady.”

Carol Davis, former English teacher, remembers that Spain’s students were always well prepared for her higher level English classes, thanks to the foundation she provided.

“She always demanded much of her students,” Davis said. “She made my life as a senior high English teacher much easier. I will always remember her for that and for her kindness and generosity.”

Dena Johns, former math teacher, remembers Spain as someone who would always jump in and do anything that was needed.

“One of the things I most remember about Carol was her willingness to do most any job that needed doing,” Johns said. “She would come in early to open the buildings, she volunteered to operate the sound system at Awards Day even after she had retired, 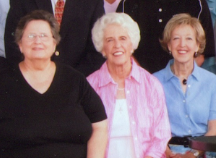 she willingly taught middle school English and she did a wonderful job of it. She was Student Council sponsor, which meant she ran Field Day.”

On a personal level, Johns said she respected her just as much.

“Carol was a good friend and a demanding teacher, but a loving and caring one too,” she said. “I always knew she had my back as I had high expectations, as well. Both of my boys had Carol as a teacher. From her they learned how to meet deadlines and how to produce whatever work that was asked of them by any teacher.  That served them well throughout their academic years. For this, both I and they are grateful. We will miss Carol. She was a legend at Vanguard.”

History teacher Brad Livingstone remembered that Spain was affectionately called “The Dragon Lady” by her students and even some of her colleagues.

“When I asked one of her students how she earned this nickname, his response was ‘Because she’s a legend and everyone loves a

dragon, but if you don’t act appropriately in class or do your homework, she will burn you to a crisp.’ I loved that response.”

“I enjoyed working with her and our conversations,” Flowers said. “She was the world's fastest grader. Kristin and Andrew produced some memorable stories and poems with her guidance.  I still have a lot of them. The projects were

long and challenging for the students, but she was not a hard grader and if they did the work she rewarded them. Carol required a lot of work from her students and because of that, our kids learned time management and how to get things done. I think rigor was her middle name, but I wouldn't have changed her. She was a blessing to our kids and to us.”

Mrs. Spain will be truly missed!  The Vanguard Foundation honored her with the Distinguished Faculty Scholarship Award in her name.  Click here to learn more. 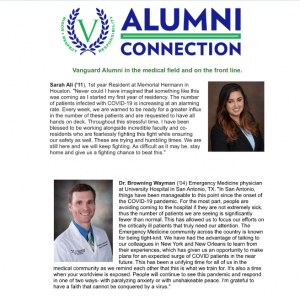 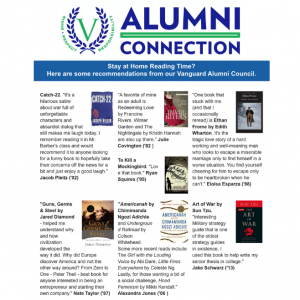 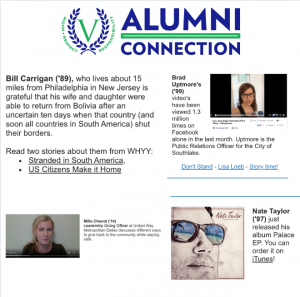