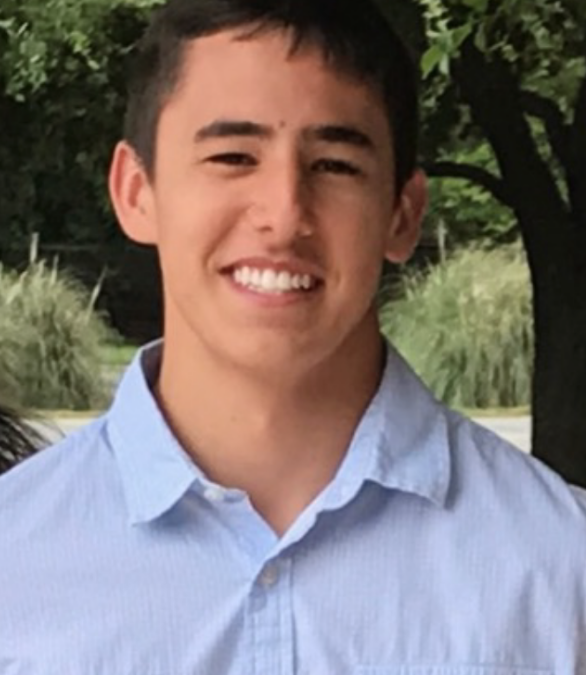 Where Drew Mastin (’15) once embodied these characteristics on the court as a Viking basketball player, he now brings them to the sidelines as an assistant coach for the varsity boys basketball team — all while wrapping up his degree in Corporate Communications at Baylor University. He is set to graduate this May and has job leads in several continents in the coaching field.

“I love being back at Vanguard,” he said, “especially coaching some of the same guys that were on the team that Mamadou and I [coached] back in 2014-2015 when they were in middle school.”

Right now, he’s focused on coaching the team to its first-ever state championship.

“My first goal is to win a state championship this year at Vanguard,” he said. “We got close when I was here, but we never got there. To be the first Vanguard team to win it with this group would be special.”

“It was good for me to get experience coaching and get to understand more of what goes into actually organizing a team,” he said. “There is so much more that I learned with Baylor and other teams but getting to work with players and begin to understand how to teach basketball was huge for me. It made me realize that I wanted to coach and I wanted to be in basketball and after that I could go do what was necessary to make it happen.”

“I traveled with the team, starting with Big 12 tournament my senior year,” he said. “I basically just did whatever was needed during practice and around the program. I worked with equipment, making sure players had everything they needed for practice and games. But the part I liked the most was working with players.

His freshman year, Drew didn’t travel and Manu Lecomte — who now plays in the NBA G League — had just transferred to Baylor, so he couldn’t travel either.

“We went up to the gym almost every day, especially when the team was gone,” he said. “I learned a lot about what it takes to be a high major, now pro, player and I began working with more players over the next few years.”

Back in his high school days, Drew was an honor student with a strong work ethic and said his Vanguard education prepared him well for college.

“I was ready for Baylor,” he said. “Mrs. Johns’ Calculus class is probably still the hardest class I’ve ever taken.”

Taking advantage of the opportunities you have in something you’re passionate about is Drew’s best advice for the Vikings of today.

“The freedom you get as students is great and it makes Vanguard unique and fun but it also gives you time to pursue something unique and prepare for your future,” he said. “I didn’t really take advantage of that until my senior year, but looking back, coaching those middle school teams was a lot more important for my future than a few extra games of ping pong in the senior lounge. I knew before I even got to college that I wanted to coach basketball and I could start preparing to make that happen without wondering if would actually be something I enjoyed.”

While finishing out the high school basketball season with his team and completing his undergraduate degree, Drew has a few other irons in the fire.

This off season, I’m working with the Federation Internationale de Basketball (FIBA) and the National Basketball Players Association (NBPA) certified agent Kevin Tarca and his Kreation Talent Agency to help bring in players and prepare them for a

“We find the right spot for them, whether that’s NBA, NBA-G League or internationally,” Drew said. “After seeing Kevin and what he does firsthand last year, it definitely gave me perspective on the world of pro basketball and the way it works from the inside and from a player’s perspective.

Drew is also working with NewStats.eu, an analytics website that focuses mainly on European basketball.

“I’m writing posts that break down some of the analytics on the site and try to get takaways from that,” he said. “I’m also assisting as we start to connect college coaches in the states, whether that’s gathering data and getting more from the stats. Of players they might be interested in recruiting. That’s where I hopefully come in with NewStats to bridge that gap and help coaches who don’t really understand European basketball and to capitalize on what it’s becoming.”