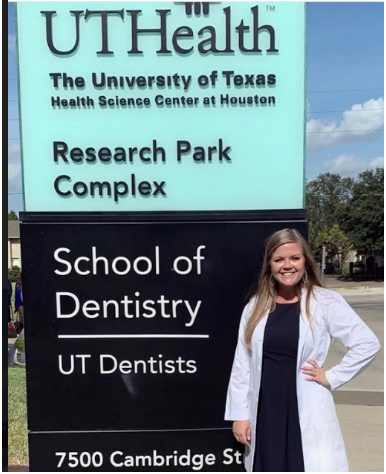 Chandler Smith ('15) is a proud member of the class of 2023 at the University of Texas Health School of Dentistry in Houston. Out of 1,489 applicants, Smith is one of 105 students who earned a spot.

Smith's interest in choosing dentistry as a career path began the summer after her freshman year at Vanguard.

"I got the opportunity to go on a mission trip to Peru with my church where I was assigned to work in the school in the morning and help on the dental team in the afternoon," she said. "In the clinic, I would paint fluoride on people’s teeth and assist with extractions. I loved getting to help so many people in Peru."

After that, she found herself looking for more ways to get exposure to see if dentistry was a route that she wanted to continue to pursue. During Christmas break of my sophomore year, she spent time shadowing her dentist, Dr. Taylor Starr ('98).

"The experiences I had while shadowing only solidified my motivation in wanting to become a dentist," she said. "Since setting this long term goal in 2011, I worked extremely hard in order to make it happen. I continued to shadow Dr. Starr and other dentists around Waco in order to get as much exposure possible in different dental practices."

Smith returned to work on the Dental team in Peru for three more summers.

"I was very involved in several activities at Vanguard including various clubs and several sports," she said. "I was also on a club softball team and babysat frequently outside of school. Having to juggle extracurriculars on top of Vanguard’s rigorous coursework made me quickly learn how to manage my time.

Once at Southwestern University, Smith majored in Biology and said she was eager to be a part of organizations on campus. She became a part of Tri Delta sorority, the Pre-Dental Society, Best Buddies,  played intramural sports and continued babysitting and held jobs in the Registrar’s Office, proctoring in the gym, officiating intramural games and working concessions at sporting events.

"I also played softball at Southwestern, but decided to stop playing after my sophomore year in order to dedicate more time to my studies and focus on getting into dental school," she said. "I have always been a good student and dedicated to my studies, but I also enjoy staying busy and active socially. So far in dental school, I have continued this trend of finding outlets to destress from school. I am a class social representative for the Psi Omega Fraternity where I help plan monthly social events. I am on intramural sand volleyball and flag football teams this fall and am eager to make a slow pitch softball team in the spring."

Vanguard offered Smith a seemingly "limitless environment" that set her up to believe that anything was possible, she said.

"Being surrounded by gifted peers motivated me to strive towards being the best," she said. "The small class sizes allowed me to have a more one on one learning environment and develop personal relationships with my teachers. I think the most useful thing I learned at Vanguard, was how to write a paper. I remember making a 10/10 on my first writing assignment in my freshman seminar course and being so thankful that I did not have to go meet with the professor outside of class as others did in order to discuss how they could improve. Because of Mrs. Ferretter and Miss Lieber, I felt fully confident in any writing assignment I had to conquer during undergrad."

Smith loved her time playing softball at Southwestern, she said. But it was a lot to handle with her high career aspirations.

"Playing softball in college was another long time dream of mine that I had put a lot of work into making happen, she said. "Fall off-season was long and hard, but the spring season was so fun with two double headers almost every weekend. Playing college softball was extremely fun and rewarding, but also very time consuming and stressful. Sometimes we would have four or five hour practices after already having 6 a.m. practices earlier that morning. I mastered slipping in power naps throughout my day, just to keep me going."

After juggle softball, her sorority, jobs, on top of keeping up in Organic Chemistry during sophomore year, Smith decided to step back and evaluate her situation.

"I made the heart-breaking decision to hang up the cleats after sixteen years of playing so that I could buckle down on getting myself accepted to dental school," she said. "The team itself was the absolute best part of being a part of the Southwestern softball program. Those girls are some of the best people and leaving them was one of the hardest parts of quitting."

Smith said her favorite Vanguard memory is winning the state championship in softball her junior year.

"We were the underdogs and we fought hard for 14 heart-wrenching innings," she said. "That season was something extraordinary and I loved getting to spend that time with such a special group of girls. I also loved the freedom that Vanguard gives its students. Things like hour off-campus lunches and the senior lounge were two things that I really enjoyed."

"It is ideal to master how to study for the coursework you have now," she said, "so that when the material gets harder down the road you don’t have to start from ground zero trying to get through it all." 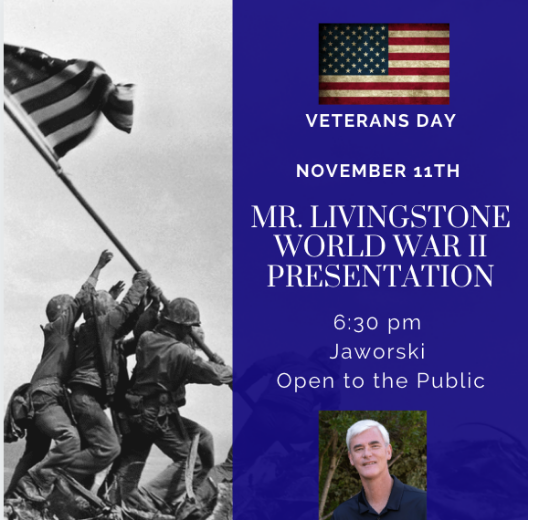