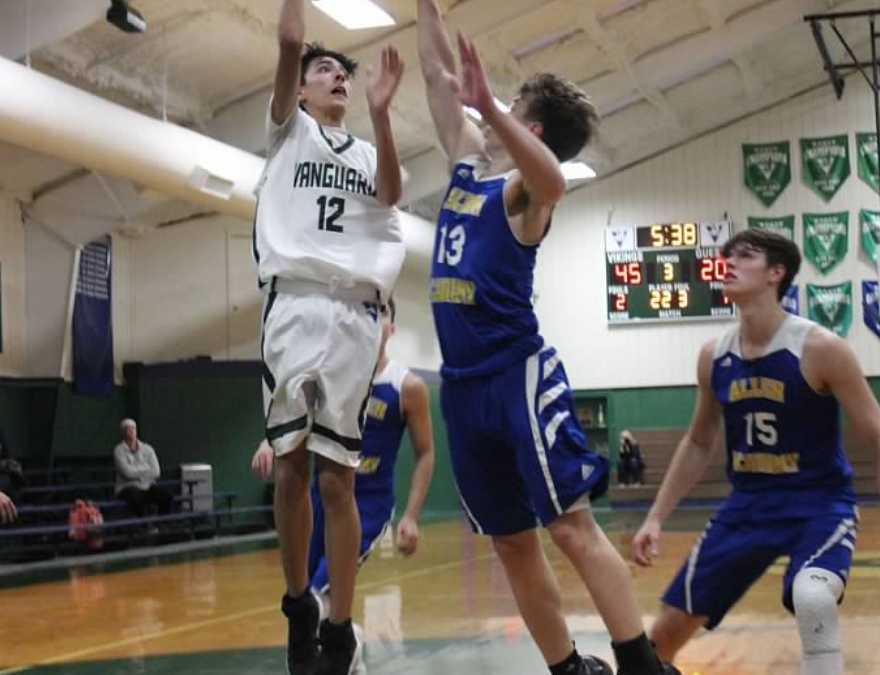 The JV Boys Basketball team played Tuesday night at McGregor, trying to get into the win column.  The boys got off to a great start, led by a pair of Mike Xu 3 pointers, to get out to the early lead.  Unfortunately, they weren’t able to maintain any momentum and fell behind, unable to catch up the remainder of the game, falling 31-20.  It was a great effort all around with Mike Xu leading the team in scoring with 8 points.  The JV Boys are off the rest of the week, before returning home to face Connally next Tuesday.

The Varsity Boys bounced back from this past weekend in a big way, scoring a huge victory over McGregor on the road Tuesday evening.  It was a solid team effort from start to finish, as the team executed well on the offensive end of the floor, while ramping up the defensive pressure on their opponents.  Elijah Wade led the team with 23 points, while Braden Black added 21, Uriel Ibarra 12, and Carter Boehm 10 for a balanced attack.  Back on the winning track, the boys head to the Frost tournament this weekend, starting Thursday.  Great job to the High School Basketball Teams.
Share