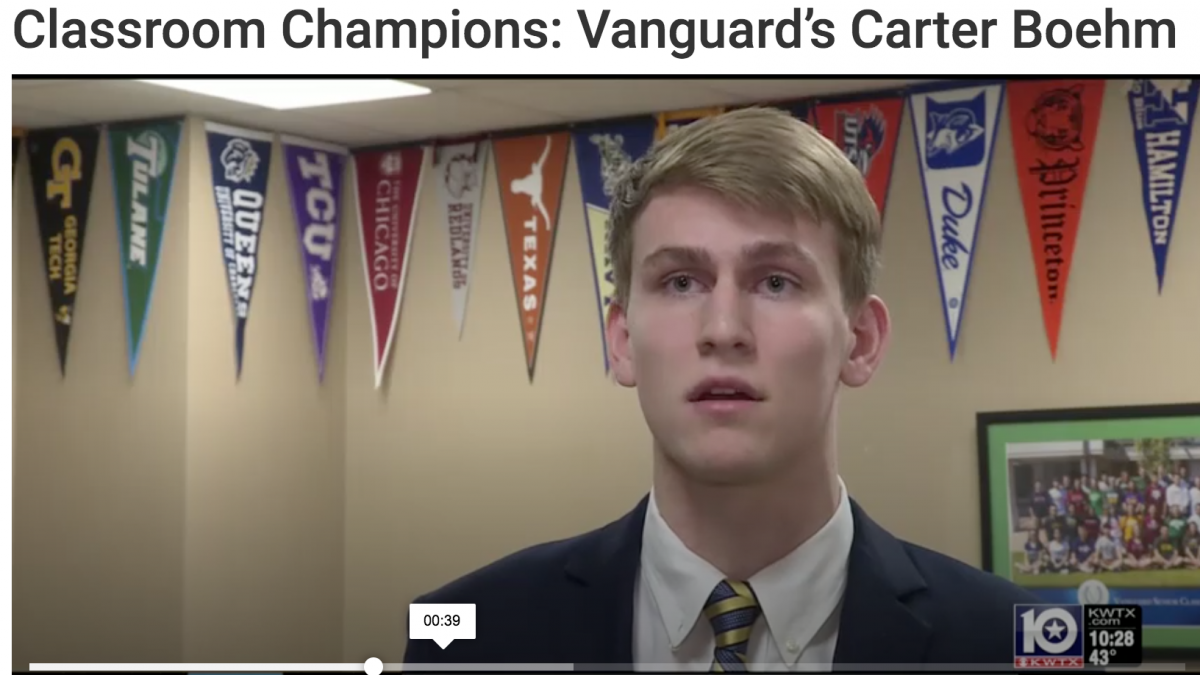 Thank you KWTX for featuring Carter Boehm as a Classroom Champion.

WACO, Texas (KWTX) Vanguard senior Carter Boehm has already been accepted to Baylor, SMU, TCU, and Texas, but there are some other schools that could be in play soon.

“As of right now I plan on going into business,” said Boehm. “Unspecified, but possibly finance. I really have to take some business courses and see what fits me the best.”

What describes Carter best is his willingness to help others. He’s a Mu Alpha Theta math tutor, and an Eagle Scout. He earned his Eagle Scout title, in part, by working with komodo dragons at the Cameron Park Zoo.

“So what we designed is a ramp that led to a platform that a komodo dragon would be trained to walk up,” said Boehm. “There’s a leaf that folded out in the platform so the vets could perform the ultrasound on the dragon instead of physically handling it like they had in the past.”

In addition to all of his other extra circular activities, Boehm is a three sport athlete. Basketball is what he enjoys the most, but he has also lettered football and track.

“I think he took it personal that he wasn’t first-team all-district or all-state, which he was very deserving of last year,” said Zach Seifert, Head football and track coach at Vanguard. “I think he took that a little personal and wanted to focus on basketball. As far as football, for a kid who had never played, he was an all-state receiver his junior year. We went out and played 7-on-7 this past year and he was one of the best receivers in TAPPS and 11-man.”