Congratulations to the 2020 National Merit Scholars 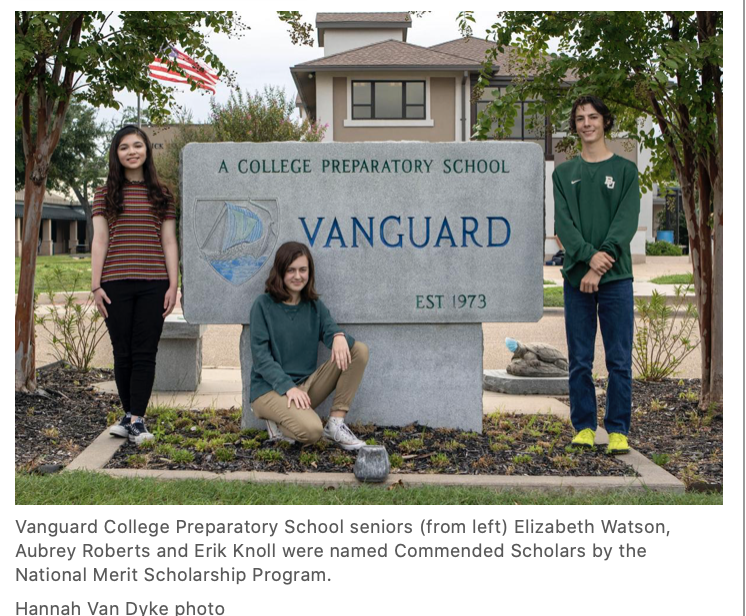 Elizabeth was also named a National Hispanic Scholar and is an AP Scholar with Distinction. She is this year’s editor-in-chief of the Vanguard Review, the school’s newspaper.

She also serves as student body vice president and Spanish Club co-president. She is on the Central Texas Teen Science Cafe leadership team and IF/THEN Initiative girls advisory council. Elizabeth plans to study science and humanities on a pre-med track in college.

Aubrey is president of the community service club and a member of the Latin Club, Debate Club, Challenge Team and disc golf club.

She received the University of Rochester Frederick Douglass and Susan B. Anthony award based on her dedication to the community and high achievement in rigorous humanities and social science courses. Aubrey is an AP Scholar with Honor and plans to study anthropology in college.

Erik is founder and president of Vanguard’s disc golf club. He competes professionally, placing 24th at last year’s Junior Disc Golf World Championship. He is a member of the robotics team and received the University of Rochester Xerox Award for Innovation and Information Technology.  He runs on the varsity cross country team and has competed on the varsity soccer and tennis teams. Erik is an AP Scholar with Honor and plans to study chemistry on a pre-med track in college.

In the past 10 years, Vanguard has had 41 students recognized by the National Merit Scholarship Program. 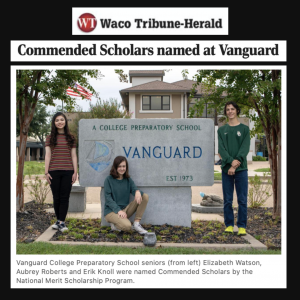