A long and winding path of growth and self discovery led Elizabeth Story (‘99) to her profession as a physician of family medicine. Her love of the humanities, which was the subject of her undergraduate degree, took her toward teaching, Story always knew she wanted to be a doctor. And her life experiences — both in medicine and education — brought her full circle. 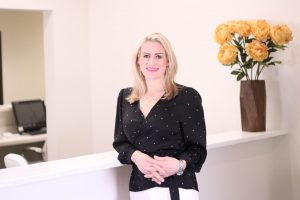 After high school, Story went to Wake Forest University in North Carolina where she studied religion and anthropology.

“While I had always wanted to be a doctor, I was really drawn to the humanities in college and briefly entertained the idea of pursuing a career in academics,” she said. “Some of my experiences traveling in Mexico and Guatemala for my anthropology degree renewed my interest in medicine and I moved back to Texas to complete my prerequisites for medical school.”

She completed those at UT Dallas and went to medical school at Texas A&M Health Science Center in College Station.

“Initially I matched into Radiology after medical school, but after two years of training, decided that family medicine was a better fit for my personality and skills,” she said. “After finishing my training at John Peter Smith hospital in Fort Worth, I briefly worked there as an attending physician but ultimately decided to join Dr. James Bohnsack’s private practice, located in southwest Fort Worth.”

After college I got a master’s degree in religion from Wake Forest.

“I had started some service-learning projects in college that I wanted to continue to work on and so getting a master’s degree was a good fit at the time,” she said. “In hindsight, it didn’t contribute much to my current path other than to help advance my Spanish skills and help me hone my writing, but I don’t regret going that route. Quite honestly it was during a time of uncertainty as far as deciding where to take my career, so it definitely helped solidify that I didn’t want to become a professor and teach religion.” 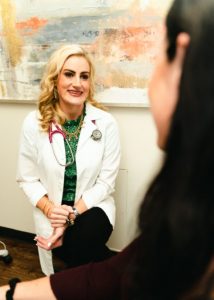 years between college and medical school is really a good idea because it allows you to experience the world as a young adult and have more time to mature.

“The world of medicine is very fast paced and complex and doctors in training do better when they have had a little bit of ‘real world’ experience under their belt before entering the arena,” she said. “I always loved science as a kid and really envisioned myself as a physician someday, but had a really hard time committing to that in college, mainly due to my widespread interest in humanities. I had this burning desire to understand the nature of suffering and one of my religion classes my freshman year piqued my interest because it sought to address that. Needless to say that after my numerous years of study I didn’t find many satisfying answers to this question.”

During her time between graduate school and medical school, Story worked on getting her prerequisites.

“So the big advice from that is to get the prerequisite classes done in undergraduate if you have any thought of wanting to pursue medical school,” she said. “That is very time consuming and expensive. In those interim years I was a full time student, a full time scribe and then I taught high school the year I was applying to medical school. I knew that I was going to go to medical school, just wasn’t sure which one.”

Story said she taught high school since there was a severe shortage of upper-level science teachers and the entry exam was pretty easy compared to the MCAT.

“It was a great experience and, like my time in graduate school, made me realize I didn’t want to do that career for life,” she said. “But I think a lot of growth happens in the journeys and circuitous paths we occasionally find ourselves on when searching for a career.”

Someone who inspired Story to become a doctor is her father, Mark Story, MD.

“I would say the biggest influence was 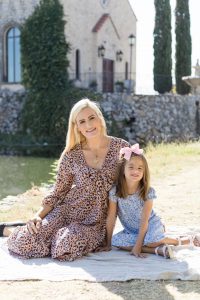 my father who still practices in Waco as a urologist,” she said. “I was drawn to science in elementary school and always loved the idea of working in a scientific field.

Story said she loves what she does.

“I love being able to problem solve on a daily basis,” she said. “I get almost instantaneous feedback as to whether my interventions help or not. I love that I get to help people live their healthiest lives.”

In the ever-changing field of medicine, Story said one of the biggest changes that she has noticed is patients’ increasing desire to work outside of the traditional insurance model.

“There are many different names for it from concierge medicine to direct primary care,” she said, “but essentially there is a movement of primary care doctors who work directly for their patients without billing insurance.”

Shadowing a doctor you know for at least a week or two is Story’s best advice for students considering a career in medicine.

“Medicine is a great profession and is highly rewarding, but it takes immense dedication and sacrifice,” she said.

Story said one of the most important ways Vanguard prepared her for success was by teaching her to write.

“Not only were grammar and vocabulary important in our curriculum, composition was also heavily emphasized,” Story said. “I was required to do so much writing at Vanguard that by the time I got to college I felt well prepared for the extensive writing that was required as part of my major. And now in my medical career I feel that my writing background has immensely helped my ability to communicate with patients and colleagues.”

English teachers Carol Davis and Carol Spain were among Story’s favorite teachers. And Story said she has many lasting memories from Vanguard.

“A lot of memories surround basketball, as that was the big sport when I was in school,” she said. “I remember the dances quite well. I think they were on nearly a monthly basis and occurred in Mayborn auditorium. I remember painting my parking spot my senior year with my best friend Margaret McNamara only to realize that our cars were still parked in the spots. I think the parking spots have become quite sophisticated in the meantime, I hear.”

Her advice to today’s Vikings: Listen to your instincts and follow your passion.

Story lives with her “amazing four-year-old little girl” named Elise, who is interested in horses and already taking riding lessons. She has a chihuahua mix and a Great Dane, along with various foster dogs.

The Vanguard Network is a great way to connect for:
Business Building – Jobs – Internships
Speaking to a Class – Job Shadowing – Relocation and more!

The thread that ties us together is our educational experience at Vanguard College Preparatory School.
That tie remains unbroken and strengthens with time.

As alumni over 1000 strong, we are woven into the fabric that is distinctively our alma mater. Together our cloth is vibrant and extraordinarily varied.

Send us updates about your address, career, family, and achievements.

Contact the school if you can help plan your class reunion, need contact information, or submit nominations for Vanguard’s Distinguished Alumnus.

Submit any ideas or updates to Greta_Knoll@vanguard.org