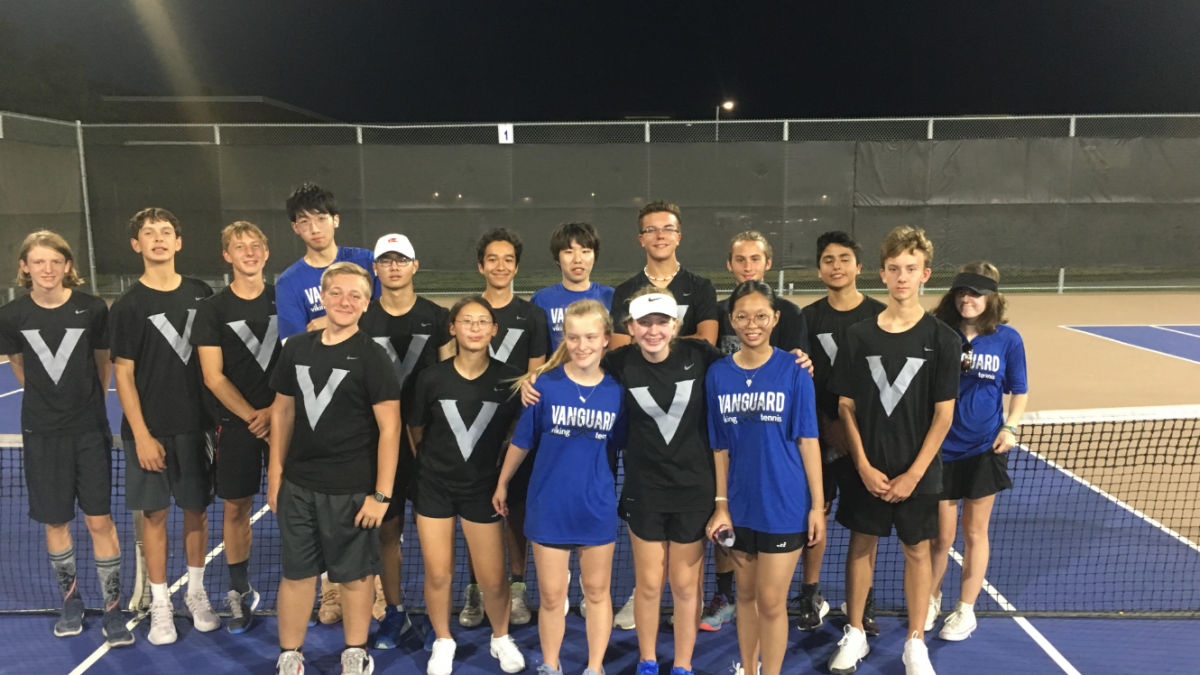 The Vanguard High School Tennis Team faced tough opponents last night in their match against the Temple Wildcats at Temple High School.  In doubles, there were a number of close matches with Ethan Marsh and Karch Knoll scoring for the team with a third set super tiebreaker win at 10-8.  In singles, the boys won four matches. The Vikings won easily at the top two spots with Karch Knoll only dropping one game in the 6-0, 6-1 win. Also winning in singles were Anthony Foti who won in a super tie-breaker in the third and Tommy Yin who won 8-6. Teddy Miller, McKenna Lowrey and Grace Yoon made their varsity debuts, playing their opponents competitively. Leang Chhay and Bella Garzonie played in their first tennis matches at the JV level, both scoring games in their matches. The overall score was 5-16, an improvement over the Vanguard- Temple spring match. The team next plays in back to back matches September 18 against Whitney and September 19th against Liberty Hill JV.