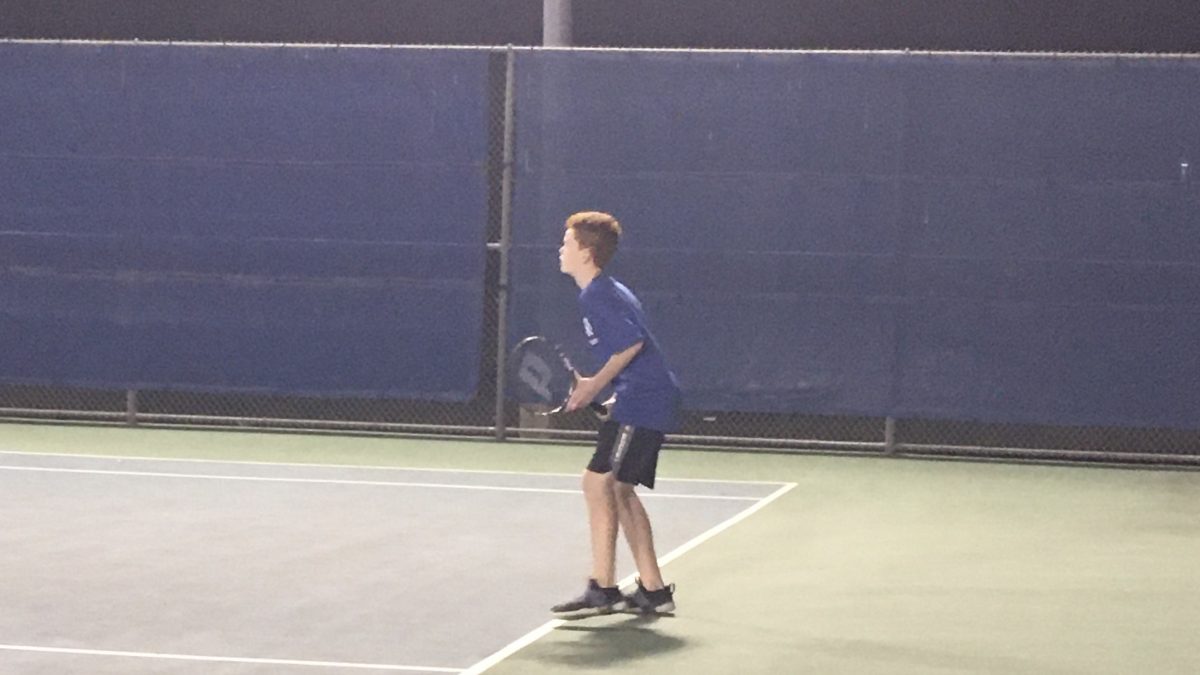 The Vanguard Middle School Tennis Team played in their last match of the fall and in what was also their best match against Robinson Junior High at Robinson High School on Wednesday. The Vikings swept the doubles, winning all 7 matches. Wins in doubles were scored by Hutson Harper/Alex Cleveland, Chris Xolalpa/Marc Offill, Hope Hamblin/Sabeen Shawbaki, Findley McCallie/Ella McCalli,  Ezri Horton/Grace Bergerson, Aria Cleveland/Daphne Templin, and Hope Hamblin/Hutson Harper in mixed doubles. In singles, the Vikings only lost three matches. Hutson, Chris, Marc, Finley, Ella, Sabeen, and in their first singles matches, Grace, Aria, and Daphne scored wins. Sabeen Shawbaki didn’t drop a game in singles or doubles and a number of the Vikings lost only a few games in the matches. The final score was 18-3!  The fall wraps up for the middle school team with their final practice on Thursday before breaking until mid-January. Newcomers are welcome to join for the
spring season.