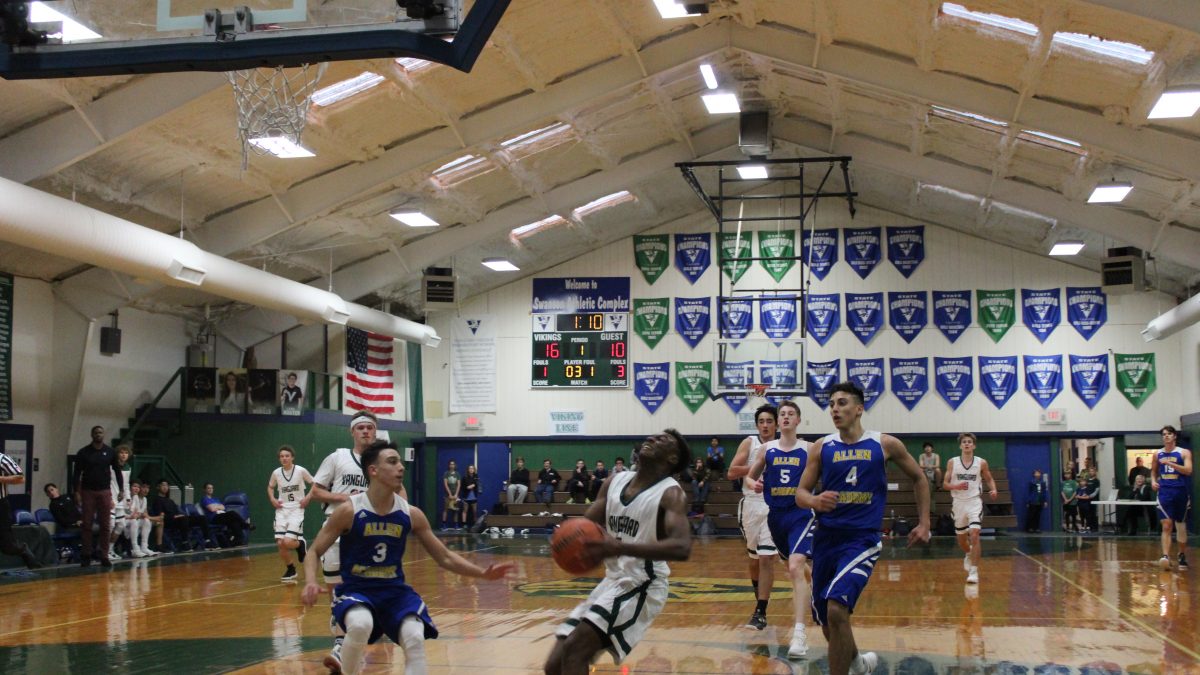 The High School Basketball teams took on a tough competitor Tuesday night, squaring off against Connally in Boys Basketball.

The JV guys were up first and fell behind big early in the game.  The guys displayed a lot of toughness though, fighting back to get the score close; however, they couldn’t get back in front and fell to their opponents 48-33.  Alex Kainer led the team with 13 points.

The Varsity guys were up next, and this game was one of many runs by both offenses.  The lead swayed back and forth and one team would go in front, and then the other would come back and take the lead.  By the 4th quarter, the Vikings found themselves in front trying to hold onto the lead.  They were able to escape with a signature win on the season, defeating a very good Connally team 65-62, with their 6th straight victory headed into the finals/Christmas break.  Braden Black led the way with 30 points and Elijah Wade added 19 to the effort.  Great effort by both teams, Go Vikings!