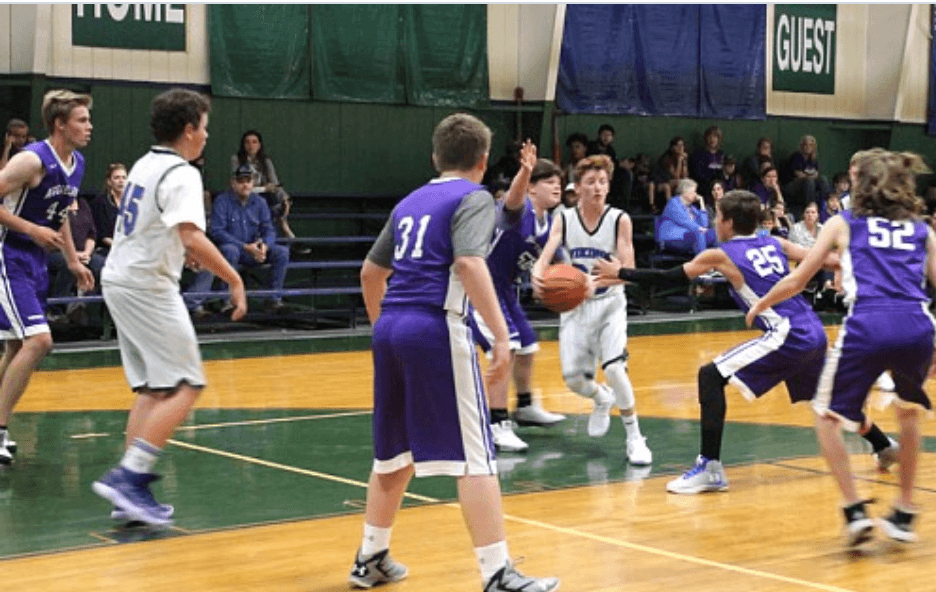 The Middle School Basketball teams competed against St. Mary’s West on Monday night, with 2 games.  The Boys Blue team started off the night and jumped out to the early lead after the 1st quarter.  Despite a cold shooting night, the boys played great defense on their way to a 27-21 victory.  Dalton Latham led the team with 8 points on the offensive end.  The Girls closed the night with a thrilling back and forth game.  They were ahead at the half, and fell behind at the end of the 3rd quarter.  They charged back to take the lead late in the game and held on for a 23-22 win.  Sophia Serr led the team with 14 points on the offensive end.  All 3 teams will be back in action at home on Thursday night as they take on CTCS.