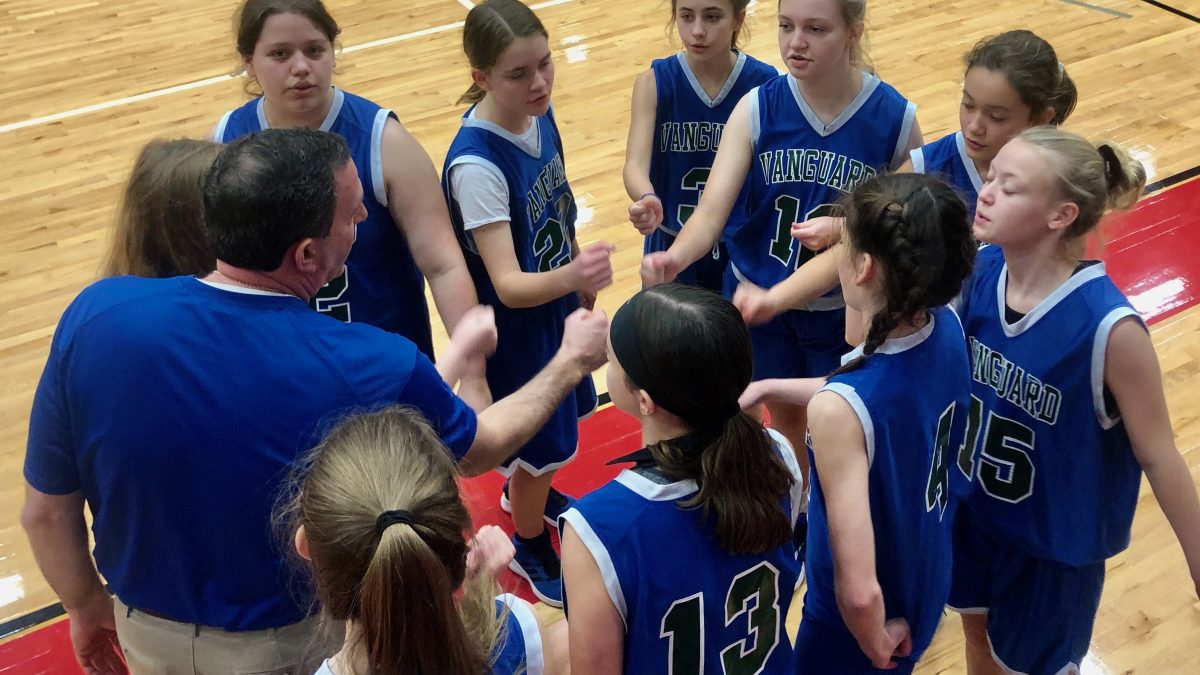 The Middle School Basketball teams took on Aggieland Home School Monday Night, all four teams in action. The Girls teams took center stage first, in 2 thrillers. The Girls White Team went toe to toe with their opponent, trading baskets until the final minute when they captured a one point victory. The game of the night was Girls Blue, who also saw back and forth action coming down to the final seconds when the Girls scored in regulation to tie the game and send it to overtime. In the overtime, they scored 4 points and shut out their opponent for the win.

The Boys games were next and full of energy. The Boys Green brought a tenacity that covered the court the entire game. They closed the game strong on a 16-9 run, to take a 9 point win. The Boys Blue also saw them expend great effort, but they were unable to cap the night the way they wanted, falling to their opponent. Overall, great games and effort from all teams. Go Vikings and Lady Vi