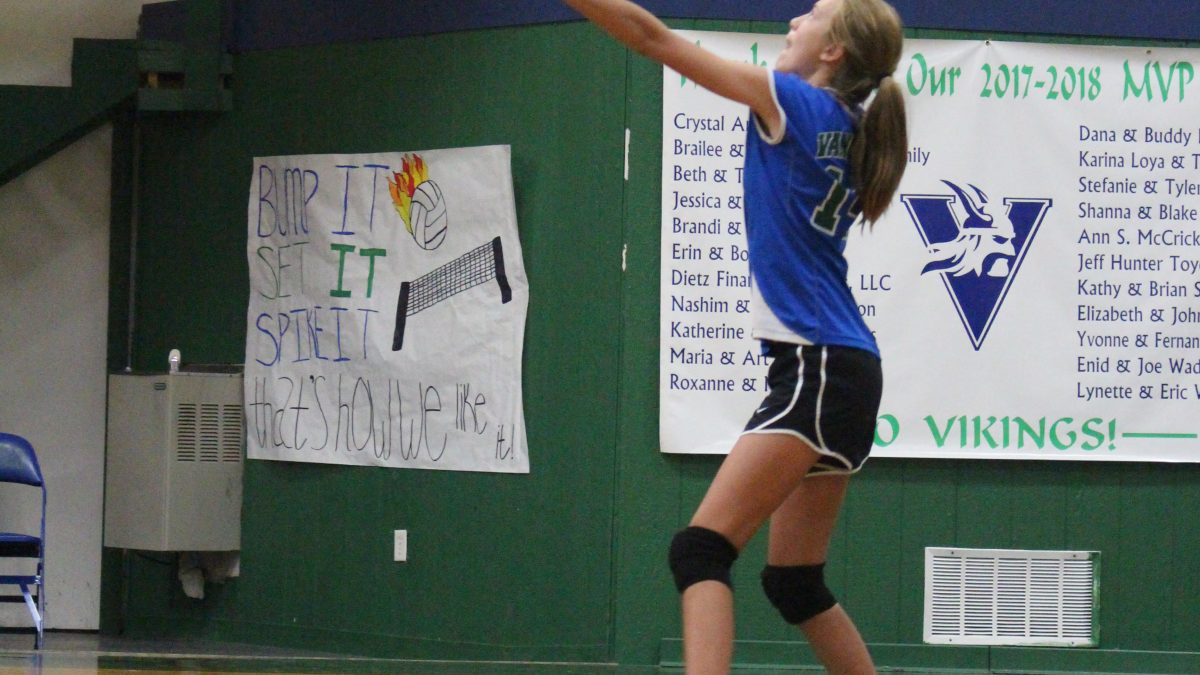 The Middle School VB teams opened the week with a victory sweep, taking two games from Texas Wind. The White team opened the action by winning a couple of games convincingly for a 2-0 win. Highlighted by Charlotte Livesay’s run of serves, they never looked back. In the Blue game, the girls won the first game going away, also led by a long-serving rally by Sophia Serr. The 2nd game was back and forth and saw the Lady Vikings take a competitive set 25-23 for a 2-0 victory. Congrats to both teams and thanks to all of the great fans who came out to support the kids! Both teams will play on Thursday at home against Live Oak, which will be a WHITE OUT. Come wearing white and show your vanguard school spirit in cheering the girls on to 2 more wins!