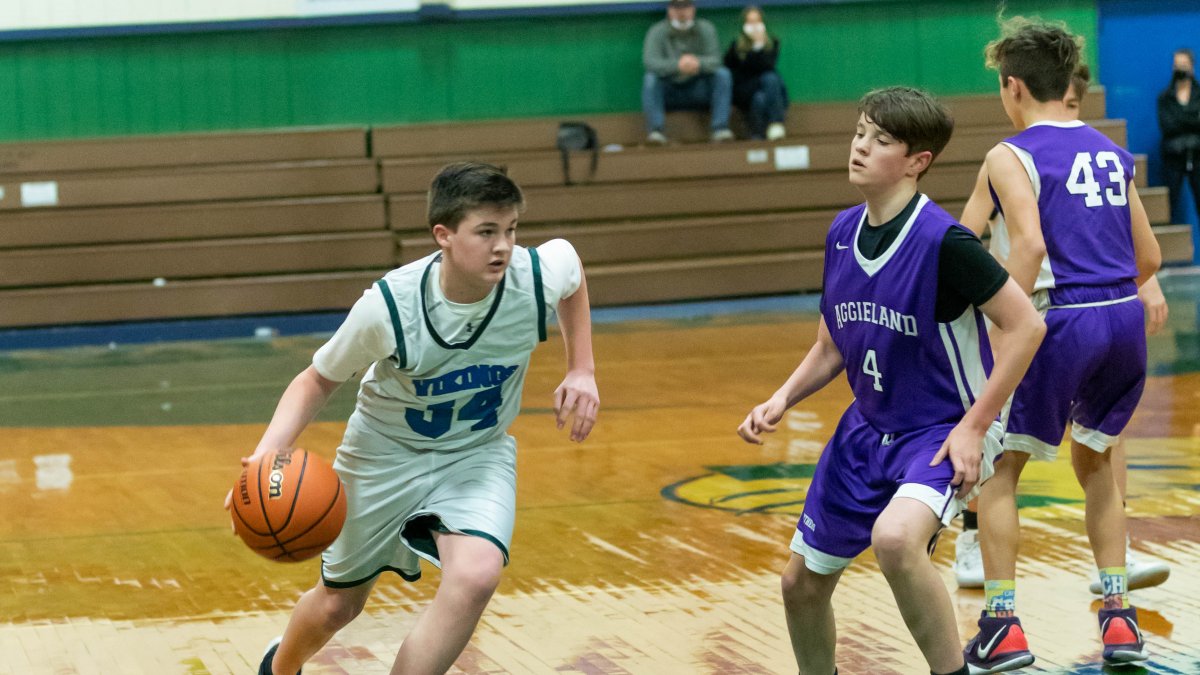 The MS Boys Basketball Teams resumed action on Thursday night, taking on Aggieland HomeSchool in a pair of games.  In the first game, the Green team fell behind in the first quarter, and tried to play catch-up the rest of the night.  They battled back and got it to within 4 points in the 4th quarter, but just couldn’t get the lead as they dropped their game.  The Blue team faced a very strong opponent and experienced a slow start like their Green team classmates.  After settling down, the guys won the 2nd half by 8 points, but not enough to get all the way back to win, dropping the game by 6 points.  Overall, for their first action back in over a month, they boys did very well.  They will get back into the swing of things with games Monday against St. Louis.  Go Vikings!