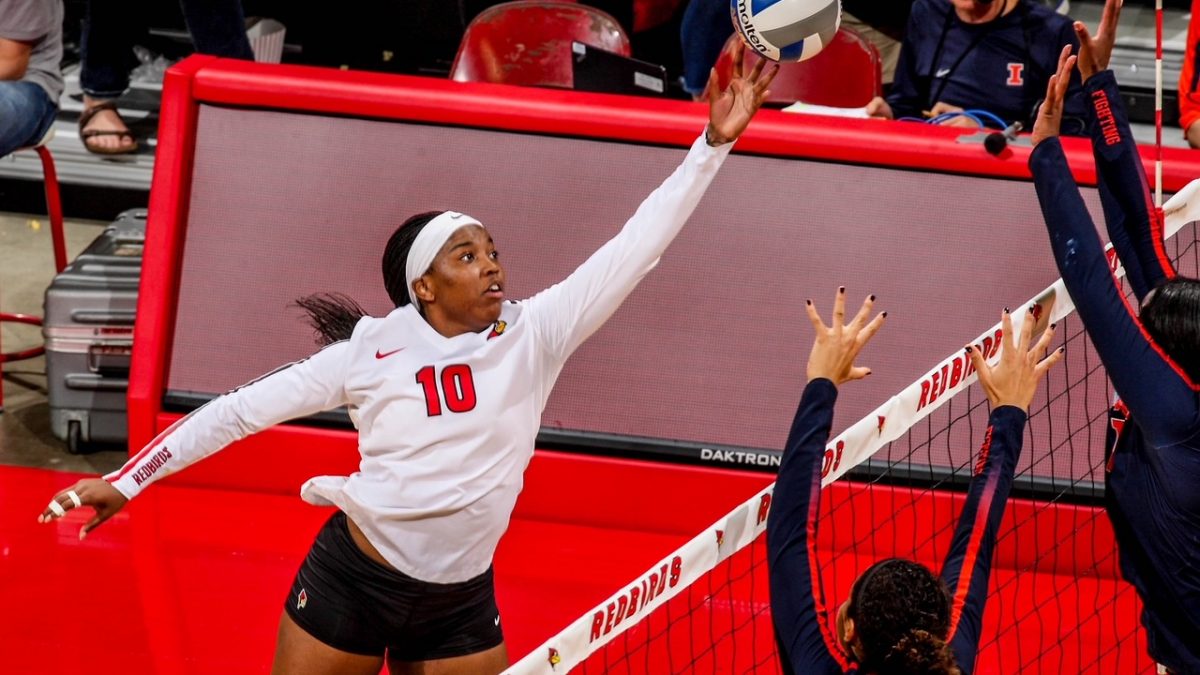 Last spring, when other freshman athletes were robbed of their first season to play college sports, Kendee Hilliard (‘19) was thankful to have one season of Illinois State volleyball under her belt. The global coronavirus pandemic may have sent her team packing, but not before they won the Missouri Valley Conference (MVC) volleyball tournament and qualified for the NCAA national tournament.

While being stuck at home — when they should have been in the thick of spring training — was frustrating, Hilliard said her team made the best of the uncertainty. 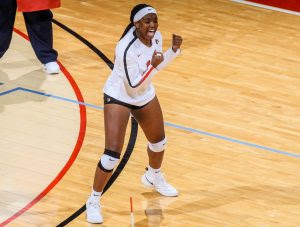 “We would work out together during the week at 7 a.m. via zoom,” she said. “That would have been our normal workout time during the spring semester. Our focus remained on mental toughness and being resilient. We would also watch and learn different tactics during film.”

Hilliard was able to return to Normal, Il. in late June. But since the MVC and NCAA announced its postponing of fall 2020 competitions, Hilliard, a recreation administration major, said her team is staying focused with a combination of on-court and weight room training.

“As a team, we stay focused on our goals,” she said. “Upon the return to campus, we were allowed to work out with our strength and conditioning coach. He slowly transformed our workouts to regain our strength and conditioning to the level before Spring break. We were also allowed to work out on the volleyball court, consisting of drills and scrimmages.”

Hilliard said being a student-athlete at Vanguard prepared her for where she is today.

“Vanguard allowed me the ability to have played multiple sports, while also being a part of different sports teams in club volleyball and AAU basketball,” Hilliard said. “It also helped me grow as a leader.”

“I think knowing your schedule and being able to handle time management are the biggest things,” she said. “There would be weeks in both high school and college where we had a game an hour or two away, so I knew that I would have to complete homework and test before I left for the games. I would often find myself studying before and in between games at club tournaments. As for college, I have a great support staff that helps assist me on how to prepare for the day, week and month ahead.”

Hilliard said her sports schedule at Vanguard was similar to my college schedule regarding time and distance to games.

“Traveling during high school, I learned how to study on the bus and during games when my team was not playing,” she said. “These skills have carried over with me during my college travel times. I also would speak with my high school teachers regarding upcoming games that would cause me to miss class. This allowed me and my teacher to plan for assignments and tests to reschedule — and I still use this same mindset in college.”

On the first day of class, Hilliard said, she introduces herself and lets them know that she is a student-athlete.

“I ask the professor what their process is if I have to miss class due to travel or a game,” she said. “Understanding and using your resources will save your life. The time for mandatory tutoring at Vanguard prepared me for mandatory study halls in college.”

Her advice for younger student-athletes who are considering college sports is to be ahead of your game. 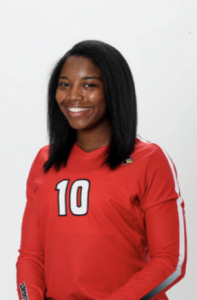 “First, I would say start the recruiting process early,” Hilliard said. “It's imperative that you make a name for yourself and attach it to who you are as a player and person. Make yourself marketable by being well-rounded in multiple areas. This is applied to multiple positions, school and in your community. I marketed myself with colleges, by identifying schools I would like to attend."

Recruitment is a job and hard work, Hilliard said.

“You can’t give up on those days when it seems like all your work won’t pay off,” she said. “You must stay focused on your goal.”

Hilliard re-emphasized the importance of developing a concept of time management.

“There will be days that require you to be up from 6 a.m. to 10 p.m.,” she said. “Learn how to set time for your academics, athletics and overall health.”

Being able to affect the game at multiple positions was a game-changer, Hilliard said.

“Once I got to college, I was able to move from position to position because I had trained for most positions, if not all,” Hilliard said. “When you’re versatile, you’re able to see the game from several different perspectives. Since I was a bit undersized, being readily available for anything made getting on the court one of my greatest strengths.”

Outside of sports, Hilliard stays engaged on many levels. She is a member of Sigma Gamma Rho sorority where she served as a delegate to the Black Greek Leadership Council (BGLC) and National Pan-Hellenic Council (NPHC) for her chapter.

Over the summer, Hilliard did an internship with the Illinois State athletics department. As part of the internship, Hilliard was a guest host for the 1Question Leadership Podcast, interviewing college executives and other student-athletes. She developed a mentorship program for fourth and fifth-grade boys within the Normal/Bloomington schools. And she was voted as Vice President of the Student-Athlete Advisory Council (SAAC).

“Due to the recent racial and social injustice in our communities, I was able to lead and create a SAAC Student-Athlete forum to have open conversations with each other to learn and grow from our differences,” Hilliard said. “Since the forum, I was asked to team up with fellow black student-athletes and ISU sports marketing for a diverse and inclusion program.”

Hilliard is majoring in Recreation Administration and minoring in Psychology in her sophomore year at ISU. The Missouri Valley Conference is continuing to evaluate options for spring competition in volleyball.