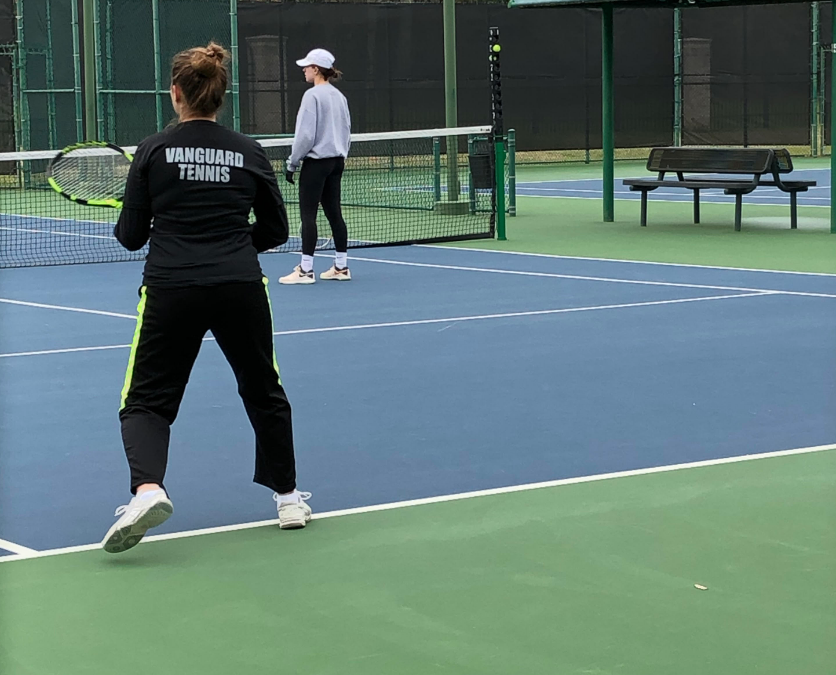 The Vanguard High School Tennis team played the Tyler All Saints for the first time in a district match at Waco Regional Tennis Center. Playing in Class 4A this year, the All Saints were runners up in last year’s state tournament for Class 5A, while the Vikings were runners up in Class 4A.  The Vikings won at #2 doubles Karch Knoll and Ethan Marsh 6-0, #2 singles James Merchant 8-2, #5 singles Langston Wade 6-3, #8 singles Kevin Tang 8-3, and #9 singles Jason Li 9-7.  The final score of the competitive match was 5-12.  The Vikings will be sending 7 players to the Corsicana Spring Slam Tournament tomorrow.