Tennis Match vs All Saints 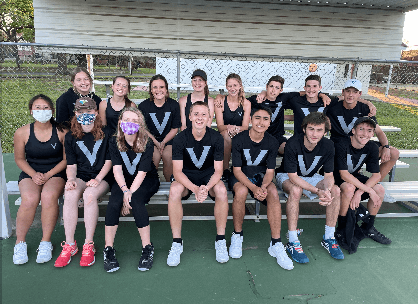 The High School Tennis Team played the Tyler All Saints at the Mertz Tennis Center in Corsicana. Both teams were coming off sweeps at their DIstrict tournaments. James Merchant/Zach Henry and Seth Blackwelder/Grace Yoon won in doubles and Aldo Ibarra won in singles for the Vikings.  This was the last team match for the Spring. The team will play a tournament in Groesbeck on Thursday and in the State Tournament on April 8-9 at Waco Regional Tennis Center.