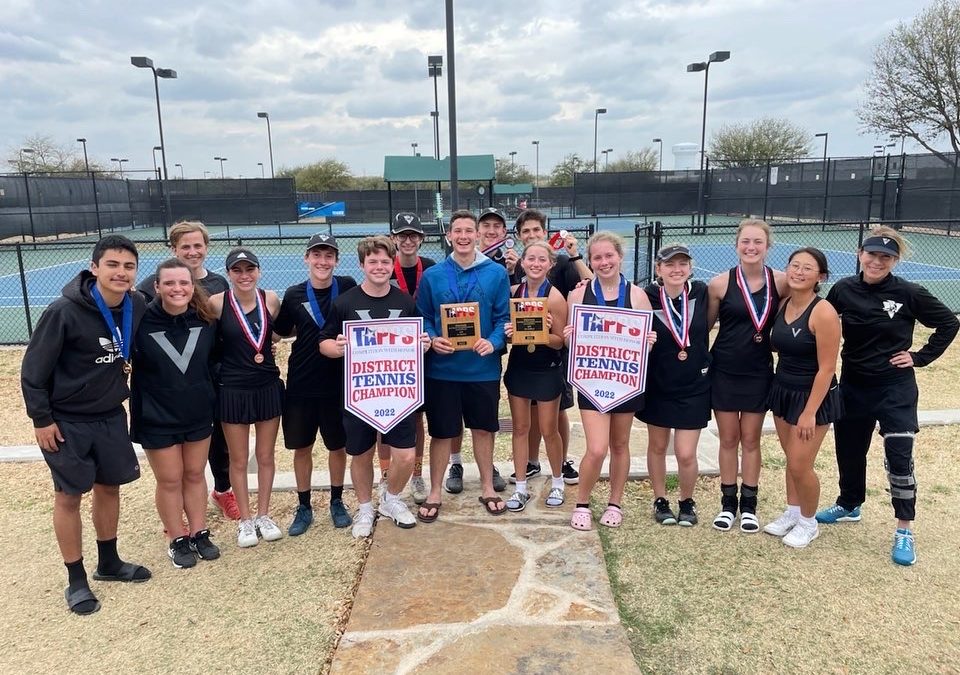 When it comes to private school tennis, Vanguard is making net gain after net gain.

The Vikings just wrapped up their TAPPS district tournament in Arlington, capturing their sixth straight district title for the boys’ program and their second straight for the girls.

Vanguard’s Zach Henry won the boys’ single title, outlasting a tough opponent from Dallas Lutheran in the final. Hyrum Blackwelder teamed with Aldo Ibarra to win the boys’ doubles title over teammates Seth Blackwelder and Carter Oates. The Lady Vikings, meanwhile, were led by Aubrey Carroll (third in singles) and the doubles team of McKenna Lowery and Karoline Horner, who also finished third.

Vanguard will celebrate senior night Monday against Live Oak, then will turn its attention to next week’s TAPPS State Tournament at the Waco Regional Tennis Center.

The Vanguard boys will be shooting for a TAPPS state title three-peat, as the Vikings won in 2019 and 2021, with COVID-19 scratching the 2020 tournament.