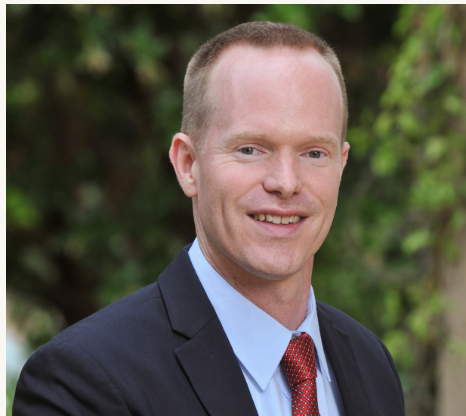 After initially starting college with a pre-med focus, Grant Miller quickly decided he didn’t want to be a “mechanic for humans” (no offense to any physician colleagues out there) after all.

As the Director of the Stanford Center for Global Poverty and Development and an Associate Professor in the School of Medicine, Grant continually challenges himself and his colleagues to look at the root economic and behavioral obstacles to global health improvement (and his daughter reminds to this day that he is not a “real doctor”).

After graduating from Vanguard in 1991 and matriculating at Yale, Grant eschewed the medical path first in favor of philosophy, then anthropology, followed by a host of other distractions before “settling on psychology and statistics.” His interest in social work and public policy led him on an indirect path before eventually returning to academia (having “finally made peace with my geekier side”) for a Master of Public Policy degree and, later, a Ph.D., both from Harvard.

Grant has been a professor at Stanford and has also worked in a variety of roles since 2005, a job he loves. While he admits that “the early stages of being a professor are tough,” he also believes that “it’s the greatest job in the world.” “You are your own boss, completely free to pursue your own interests and to be an ‘entrepreneur’ (without the downside exposure that entrepreneurs face) – working in the real world and retreating back to the safety of a university as you like,” Grant describes. “And you can actually get paid to do that.” 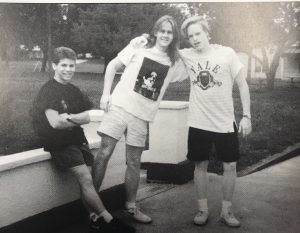 Vanguard helped prepare Grant for so many different roles in part by simply accepting who he already was: “Vanguard was a place that I felt free to be myself and accepted for who I was,” he explains, “which was the best preparation for life that I could get.” He brings that knowledge and acceptance to a position of global awareness with his work and with his students. Grant appreciates all his Vanguard teachers, particularly to, in “alphabetical order and equal rank,” Adams, Appleton, Dillingham, Flowers, Hankins, Johns, and Knipper.

When it comes to advice for current students at Vanguard, Grant encourages them to be adaptable: “It’s good to have a direction, but be flexible and willing to try new things – the direction that ultimately makes you happy is unlikely to be the one in which you started.” 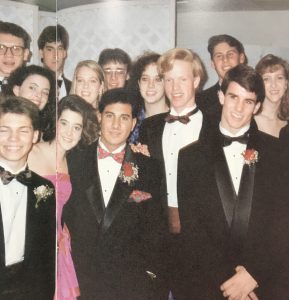 also with his family. He married Jimena Arenas, a Colombian student he met at Harvard, in 2001, and they have two children, Carmen (15) and Pablo (7). They frequently travel together, even living in Bogotá, Colombia as a family for a couple of years.

After being away from Waco for 22 years, Grant first returned for an informal, impromptu Vanguard Class of 1991 (plus or minus) reunion in 2017 which he organized with Jon Wivagg – and now plan to repeat the event every other spring for a reunion. Other alumni classes are welcome, and Grant personally encourages interested alumni to contact Jon with “regular, lengthy emails” at JonathanWivagg@westat.com.