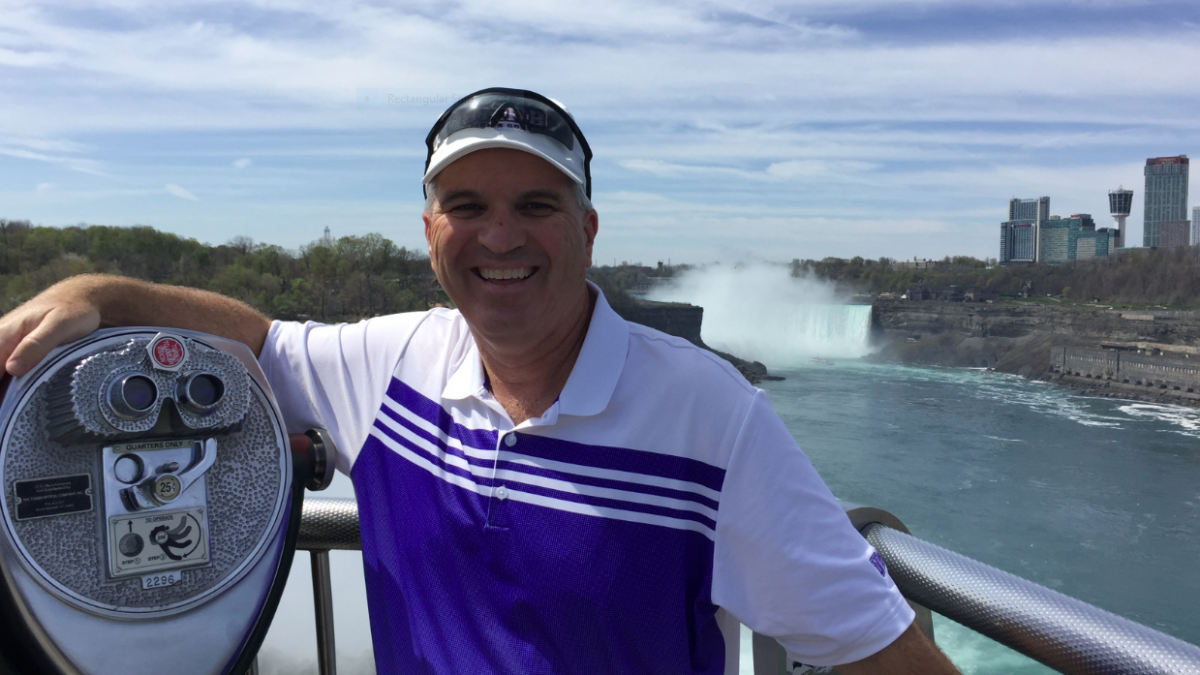 Of all the things Jordan Cox dreamed of doing with his life after graduation from Vanguard, “coach” never even made the list.

“It’s ironic,” said Jordan, who is now in his third year as the head men’s golf coach at the University of Mary Hardin Baylor. “As much as I loved playing sports, being a coach was a position to which I never aspired.”

The 1982 Vanguard graduate prides himself on continuing to be willing to learn, which he advises others to do as well. That willingness has led him down a winding, but highly successful career path.

After graduation, Jordan attended Baylor University, majoring in radio/TV/film. He worked as a radio and television sportscaster for more than 24 year, including at KWTX in Waco and in Colorado Springs, Colo. During his time in Waco, he was also the first “Voice of the Lady Bears” play-by-play announcer, as well as an adjunct professor in Baylor’s Communication Studies Department.

From 1994-1997, Jordan served as the executive director of the Texas Sports Hall of Fame, leaving there to serve as an ordained minister sports pastor of several large churches. He has also been the director of communication and training for Upward Unlimited, a national youth sports organization. His career path also includes being a golf instructor, high school and college women’s golf coach, a teacher, and a secondary school administrator. Before becoming the UMHB’s men’s golf coach, he also obtained his Masters Degree in American Studies from Baylor in 2011.

“Be grateful,” Jordan said. “No one ever achieves anything at any level on their own. Others have taken time to invest in them to help them achieve. Never forget those who have helped you attain. And be one who is willing to invest in others so they, too, may soar.”

Among the Vanguard teachers who helped him soar, Jordan especially remembers Carolyn Casey and Joe Flowers.

“Nobody should’ve ever had to nurse anyone through algebra the way Mr. Flowers did with me,” Jordan said.

He credits Vanguard with his ability to think and learn to manage his time.

“Vanguard’s students and faculty helped motivate me,” he said.

“Be an encouragement to others – the world does enough discouraging on its own,” he said. “And don’t think that because someone is older, they are out of touch. Many of the things they can teach transcend generations.”

That type of encouragement is what Jordan loves most about his job.

“Having the opportunity to encourage, influence and teach others about life using a game as a platform is a great thing,” he said. “How would one ever be able to successfully meet the truly difficult challenges in life, like difficulties in relationships, jobs, illnesses or hardships if they cannot learn to handle a game?”

Jordan and his wife, Kristy, have two daughters, Jordan Lee, who is an elementary school teacher in Rogers, Ark., and Ryley who is currently studying elementary education at UMHB. Jordan noted that Dr. Karen Sykes, another Vanguard alumnus, is one of his daughter’s favorite professors.