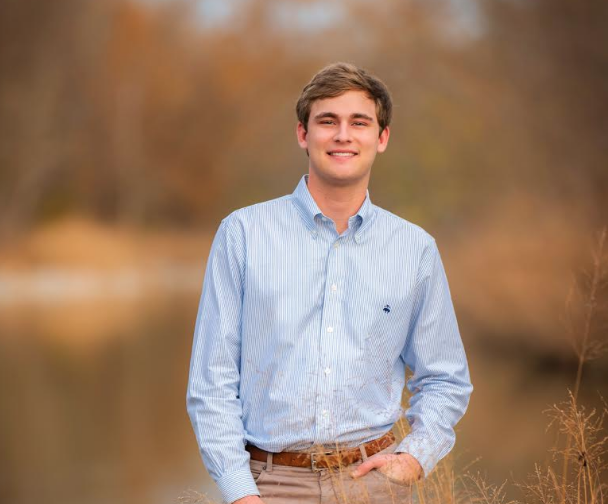 When Henry Boehm’s (’15) college buddy needed a middle-of-the-night energy burst while studying for an exam — and all the coffee shops in Austin had closed — a light bulb went off and he brought the idea of a sugar-free energy gum to his friends. The young entrepreneurs didn’t have to chew on it for long before making something happen.

“Last spring, one of my roommates was studying late at night for an exam and wanted some coffee to help keep him alert and productive,” Boehm said. “His only option was sugary energy drinks from a vending machine in the basement of the library. My roommate is diabetic, so he must closely regulate how much sugar he consumes each day, which basically removes energy drinks

like Red Bull and Monster from the equation. He ended up settling for a pack of normal sugar-free chewing gum, hoping that the simple act of chewing would be enough to keep him up. It was at this point that he had the idea to create a chewing gum containing an amount of caffeine that would be comparable to a cup of coffee or energy drink.”

Boehm and friends worked together to find a company that could make and package just such a gum for them.

“We worked with an Austin-based marketing firm to design our packaging, and a few months later had launched in Austin,”

Boehm said. “We are now retailing through 10 convenience stores in Austin and are growing rapidly, so it has been a fast-paced venture. I’ve definitely learned a lot along the way. Check us out at www.chewrevgum.com.”

Boehm is chewing up his competition in more areas than his new gum. He’s a senior at the University of Texas at Austin, majoring in Business Honors, Plan II Honors, and Finance.  He was a recipient of the coveted Forty Acres Scholarship, which is designated by the Texas Exes who only awarded 19 students in 2015.

“Being a Forty Acres scholar has been a huge honor,” Boehm said. “The program focuses on the development of a community of peers who strive to leave the university and the world a better place than they found it. It fosters connection between scholars, alumni and faculty to enrich our experience at UT. Finally, the program encourages us to pursue our passions and explore new places through study abroad programs and internships.”

The relationships and connections he made through the scholarship program — and by taking advantage of every opportunity at UT — surely led him to being offered a job with JPMorgan Chase in Houston, which he will start in the fall of 2019.

Heading to a big university like UT from a small private school like Vanguard, Boehm said he didn’t hesitate — even for a moment.

“It’s so easy to get connected with smart, driven people at a school like UT,” he said. “It didn’t take me long to find my niche and develop close relationships with a group of peers, so I’d say I adjusted rather well. I had the benefit of knowing people who had gone to UT before me, so their advice and experience definitely reduced the slope of the learning curve for me.”

And Vanguard set him up for success academically, Boehm said.

“I was no stranger to hard work and dedication to my schoolwork by the time I got to UT, and I attribute a lot of that preparedness to my experience at Vanguard,” he said. “AP classes that stressed writing and reading were particularly helpful as I encountered writing-intensive coursework in Plan II Honors, which is a sort of jack-of-all trades, interdisciplinary liberal arts major that touches subjects ranging from philosophy to physics.”

Right now, Boehm is in the process of writing his thesis, which is a requirement for Plan II. He’s still working on the angle of his paper, but it will most likely focus on Waco and its economic development, he said.

“To write a paper that may end up being between 40 and 50 pages long, having a solid foundation in English and history is the key to approaching such a daunting essay,” he said.

Using the resources at hand — especially the human ones — is Boehm’s best advice to students just striking out into the world on their own.

“Don’t climb up a learning curve if you don’t have to,” he said. “Rely on the experience and advice of those who came before you. If

you’re going to try something new, figure out who has done similar things or followed a similar trajectory and reach out to them. In my experience, very few people bristle at a question if you ask them for advice and treat them as a mentor. If for some reason they can’t answer you right then, they are usually happy to carve out a spot in their schedule for you at a better time.”

Henry's brother Davis Boehm is a 2017 Vanguard Graduate and majoring in Finance and Plan II at the University of Texas and his youngest brother Carter is a current senior at Vanguard.