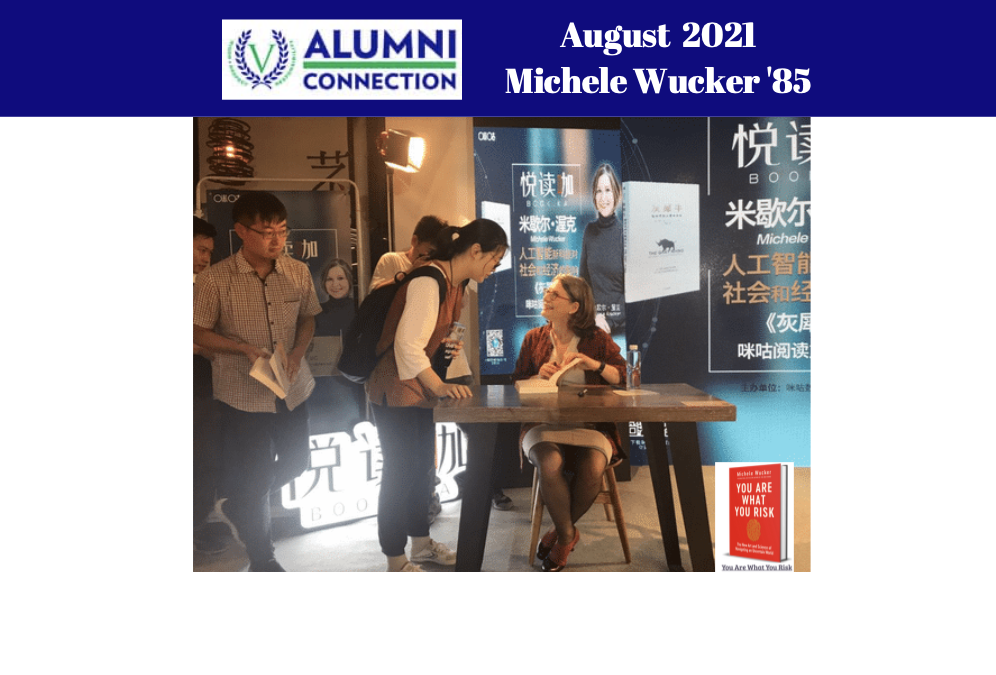 The year 2020 — with its global struggles and strife — inspired many diverse artworks, including a melancholy hit single titled “Blue & Grey” by the internationally-known K-Pop band BTS. The song uses the ‘gray rhino’ as a metaphor for the anxiety and depression brought on during that difficult time — a term that was coined by alum Michele Wucker, ‘85, in her book “The Grey Rhino: How to Recognize and Act on the Obvious Dangers We Ignore.” 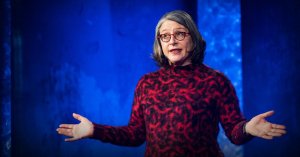 “As a writer, speaker and strategic advisor, I get to meet amazing people all over the world and exchange ideas and experiences,” Wucker said. “I love it when people apply my work to change things in the real world, whether that means high-level financial and economic policy, business strategy, or facing up to challenges in their own lives.”

“The Grey Rhino ” can be seen on Chinese leader Xi Jinping’s bookshelf and he even referenced ‘grey rhinos’ in a speech he gave in January 2021. It is also quoted in a letter from nine U.S. senators to the chairman of the Federal Reserve. Clearly, the book and Wucker’s business, Grey Rhino & Co., 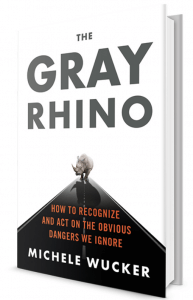 have gained international relevance as she helps leaders, organizations and communities identify and face up to seemingly insurmountable challenges. Her new book, “You Are What You Risk,” (Pegasus Books 2021) tackles peoples’ relationship with risk and uncertainty to live more productive and successful lives.

“I knew from very early on that I wanted to write books, though I had no idea about how my career would evolve through finance and think tanks,” Wucker said. “The third-world debt crisis in the 1980s was what piqued my interest in finance and economic development, which is what eventually led to my becoming a financial journalist right out of grad school.”

She worked on one of the early real-time news services at Dow Jones, but realized that she was more interested in writing stories that had a lasting impact instead of becoming dated within hours.

“That’s when I started moving toward public policy analysis, writing books, and the think tank world,” she said. “I learned a lot in my executive roles, but am happy that I now focus on my own writing, speaking, and advisory work.”

Wucker said her career has come full circle because her more recent work incorporates a lot of psychology, which became an interest early on when she spent summers in high school as a candy striper at the VA Hospital as an assistant to a psychologist.

“When I graduated from Vanguard, I briefly was a psychology major with aspirations to become a psychiatrist, until I realized that I had been over-optimistic that I could get over being queasy at the sight of blood [which was] not a great prediction of success in medical school,” Wucker said. 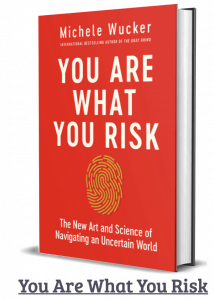 One of the most surprising things Wucker said she learned when she was researching “You Are What You Risk” is that eating spicy food affects how much risk a person is willing to assume.

Wucker graduated from Rice University, with a Bachelor’s degree in French and Policy Studies in 1989. She earned a Master of International Affairs, Latin America and International Political Economy from Columbia University School of International and Public Affairs in 1993. And participated in the Harvard Kennedy Executive Education Global Leadership for the 21st Century (in partnership with the World Economic Forum) in 2012.

She started out as a journalist in the Dominican Republic and then at the Milwaukee Sentinel. She freelanced and edited the international news section of a Spanish language (Dominican) newspaper while in graduate school and wrote about sovereign debt restructuring and trading for Dow Jones and International Financing Review before leaving to write my first book, “Why the Cocks Fight: Dominicans, Haitians, and the Struggle for Hispaniola” (Hill & Wang 1999).

Wucker returned to IFR as Latin America Bureau Chief before joining the World Policy Institute and writing my second book, “Lockout: Why America Keeps Getting Immigration Wrong When Our Prosperity Depends on Getting It Right” (Public Affairs 2006). She ran the World Policy Institute as executive director and then president from 2007-2014. Wucker moved to Chicago for another think tank job in 2014 (VP for Studies at Chicago Council on Global Affairs) before founding her strategic advisory firm Gray Rhino & Company in 2015 and publishing “The Grey Rhino” in 2016. She was recognized as Young Global Leader of the World Economic Forum in 2009 and Guggenheim Fellow in 2007. 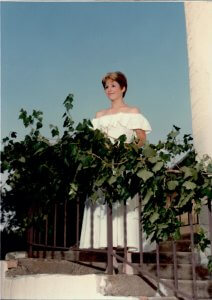 “I am so grateful for the academically rigorous high school experience that Vanguard gave me,” she said. “As for the rest of the college experience, I don’t know how prepared anyone can be or even should be. Encountering so many new ideas, people and activities is what makes college so important.”

As a writer, Wucker said her English teachers, Catherine Brown and Carol Davis, both had a huge influence.

“And I am so happy to see Patty and Joe Flowers are still teaching at Vanguard,” she said.

Wucker lives in Chicago and has an 8-year-old pit bull, Miss Billie Holiday, who was rescued from the New York City shelter.

“I am so lucky to have a network of supportive and caring friends from all walks of life, all over the world,” she said.

Wucker’s dad, Ed Wucker, was headmaster at Vanguard from 1981-1990 and her brother Paul also attended the school.

“I suspect that many high-achieving students don’t realize until much later in life how much they come under the influence of other people’s expectations,” Wucker said. “That can be dangerous because other people’s expectations can lead us down paths that we might assume are safe and sensible but in reality pose unexpected risks to your health, happiness and career. It’s so important to understand what lies at the intersection of what you care about, what is valuable to others, and what you’re good at. Often it takes some exploration before you find that sweet spot –and doing things just because you’re ‘expected to’ do them can cost valuable time and energy.”

Wucker said whatever Vanguard students decide to do with their lives, finding a way to give back is important.

“My favorite volunteer activity is as a mentor-editor for The OpEd Project, a social enterprise that improves the quality of public debate by training people with diverse perspectives.” she said. 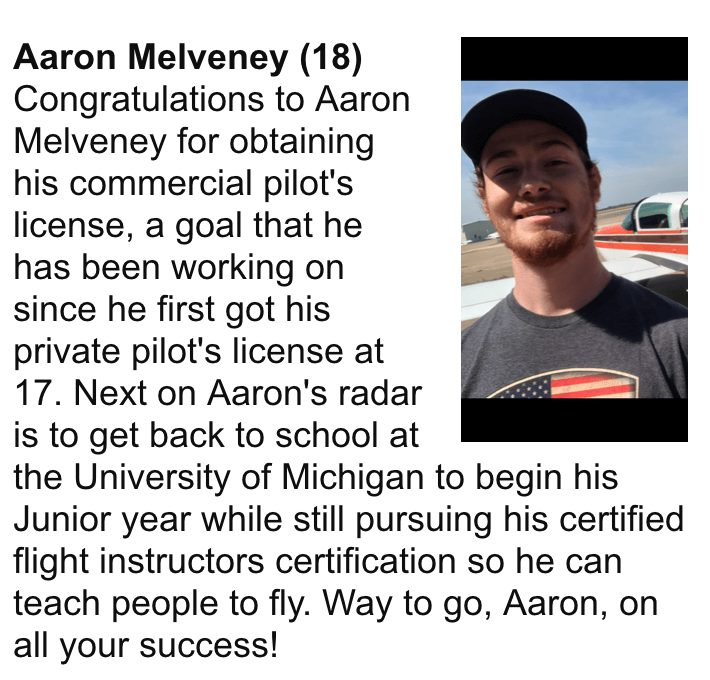 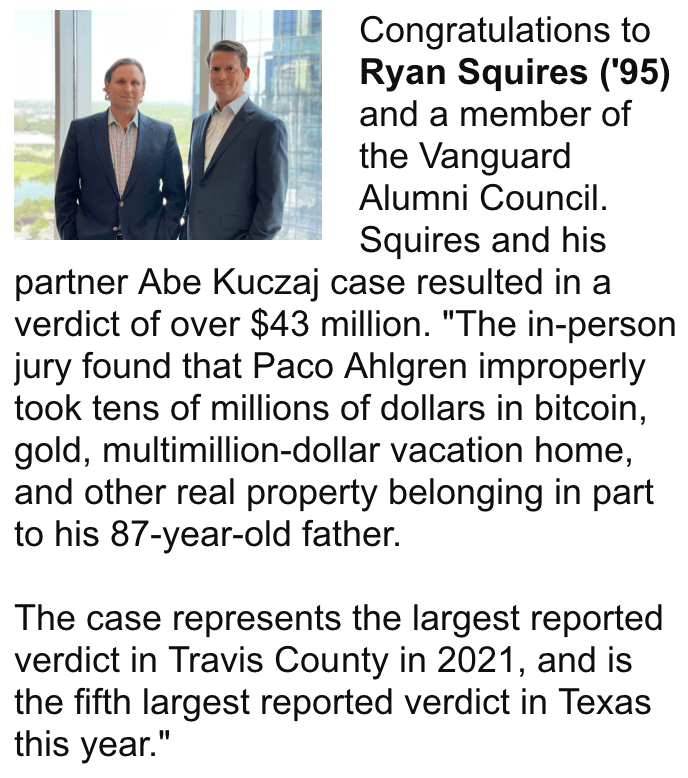 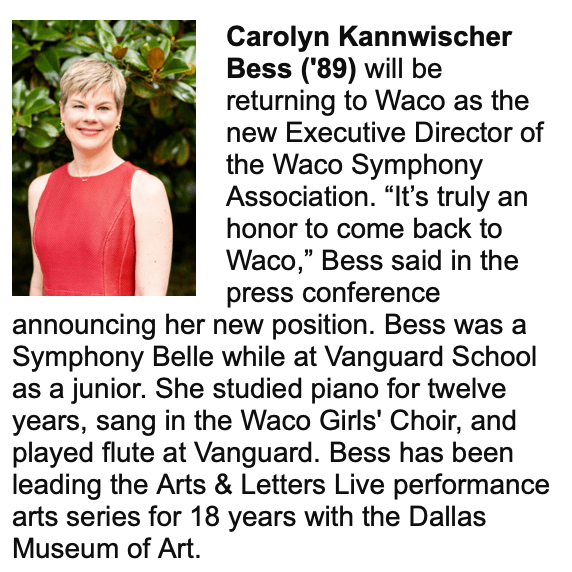 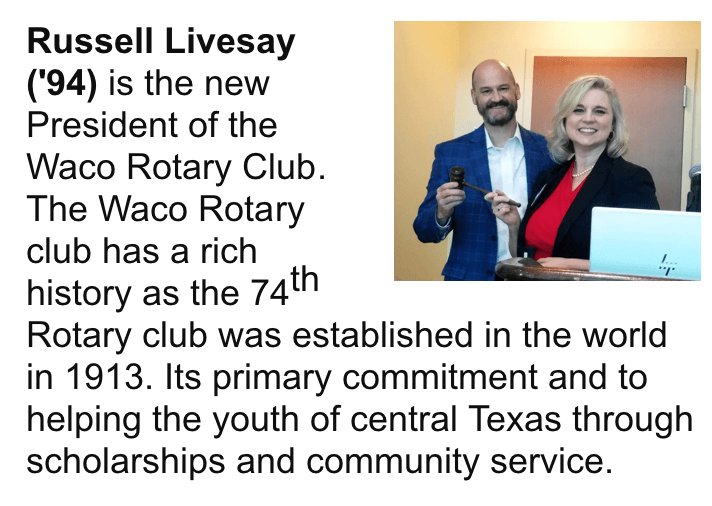 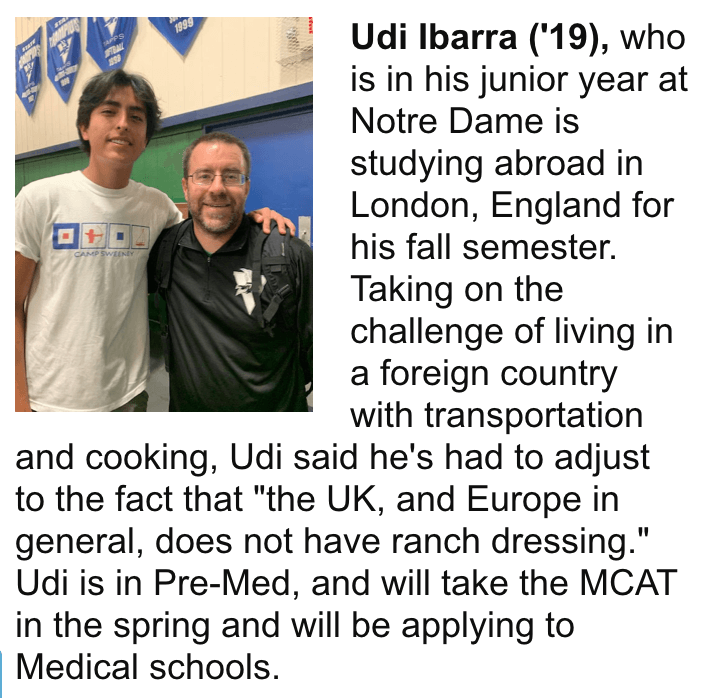 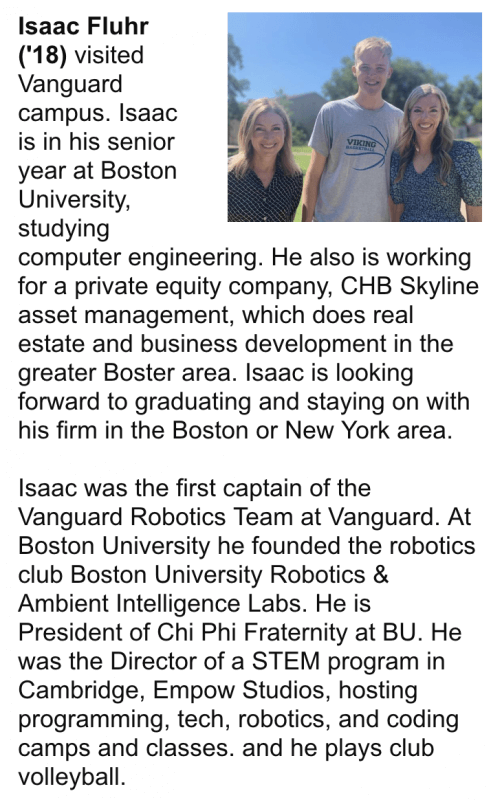 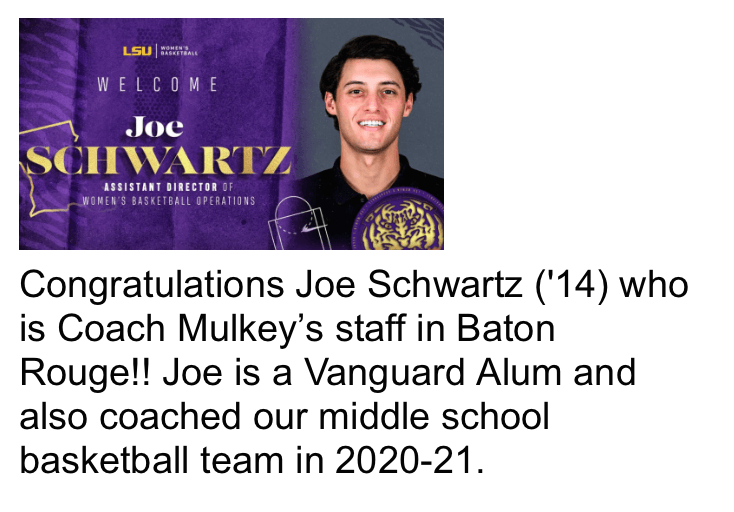 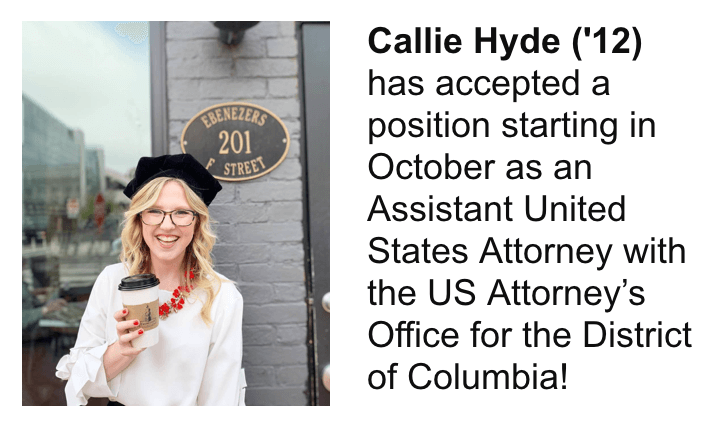 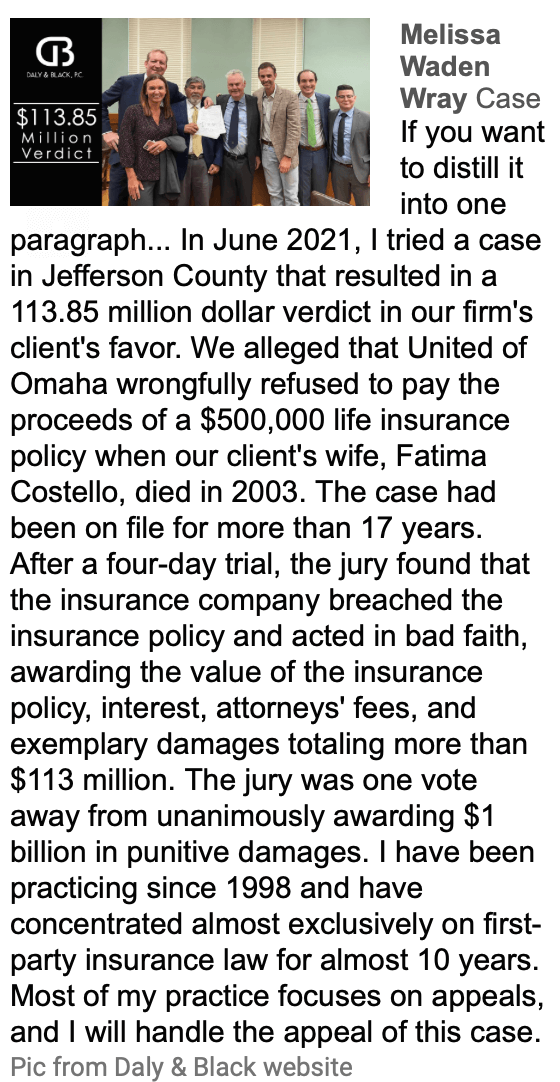 Thank you, Ben Lacy (’94) and Katie Kaga (’99) for speaking to the Faculty and Staff during their Development Week to kick off the school year. 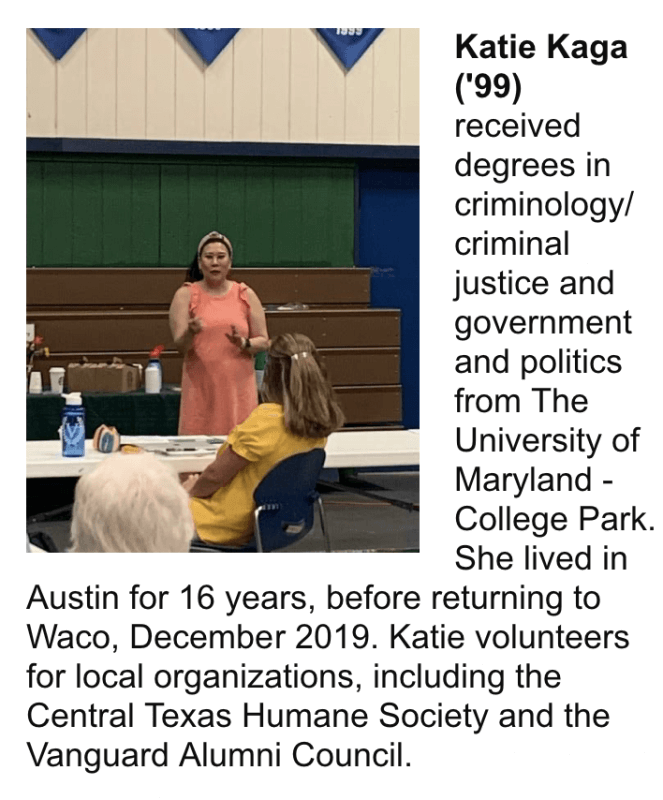 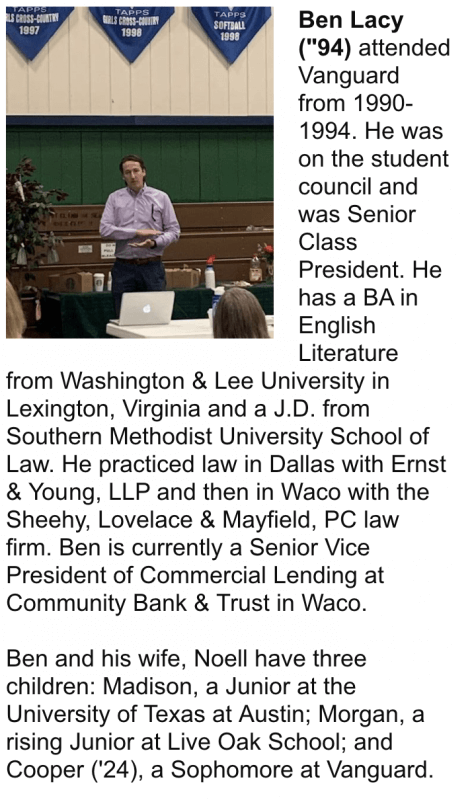 We appreciate our Vanguard School Alumni are a vital part of the Vanguard family, and we would love to hear from you.