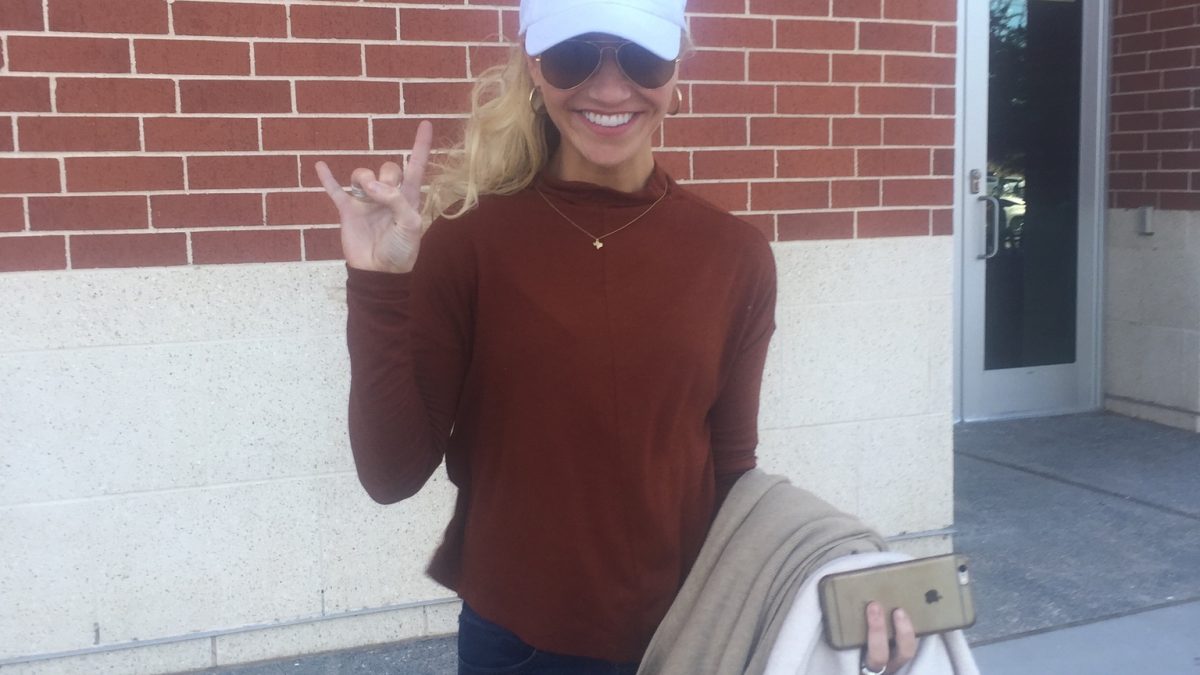 From designing the most fabulous bars and restaurants to opening her own barre fitness studio, Ginnie Lowder (‘08), said hard work and discipline have enabled her to realize her dream of working in a big city and fulfill her passion for finding balance in her life.

Lowder graduated from the University of Texas at Austin with a degree in Interior Design from the School of Architecture and moved straight to New York City after graduation to start living her lifelong dream of designing buildings and spaces in what she calls “the greatest city on earth.”

Lowder kick-started her career at the Gensler design firm in their Workplace Studio doing Law Office rollouts and space planning.

“While it was an amazing experience, I learned my heart and passion was in hospitality, specifically restaurant design,” Lowder said. “I got an offer I couldn't refuse from Creme Design, a boutique firm in Brooklyn, NY, where I worked under the mentorship of world-renowned architect, Jun Aizaki. I was quickly thrown into some pretty over-the-top projects all across the globe. The most memorable was the Grand Hyatt in Doha, Qatar.”

From Creme, Lowder moved onto Glen and Company where she worked closely with Glen Coben, principal and owner, and led the restaurant division of the firm. Her most notable restaurant projects include Gabriel Kreuther, Empellón, Dovetail, and Batard, all of which are located in NYC, as well as an extensive renovation and rebranding of House of Blues in Anaheim, CA.

The fast-paced, high pressure lifestyle of a New York interior designer was fun, but, at times, frenzied. That inspired Lowder to search for ways to ease the stress — which ultimately made Lowder even happier than designing the next exclusive restaurant.

“While I would not trade my career in architecture and design for anything, it did lead me to my true passion and now business venture, Pure Barre,” Lowder said. “Working in a high stress job, where deadlines were fast approaching and no amount of all-nighters made you believe you would deliver on them, helped me realize I needed some sort of balance in my life. I wasn't sure what that balance was until I stumbled into my first Pure Barre class after reading the sandwich board on the sidewalk of 5th Avenue in New York City.”

Pure Barre is a total body workout that uses the ballet barre to perform small isometric movements that burn fat, sculpt muscles, and create long, lean muscles. One class — and Lowder was hooked.

“I quickly experienced the way Pure Barre transforms both body and mind in ways no other form of exercise has ever done and knew I wanted more,” Lowder said. “After working the front desk, attending teacher training and managing the Columbus Circle location in New York, there is no place I'd rather be than in the studio, tucking, toning and spreading my Pure Barre passion.”

And she’s recently opened a studio in Waco.

“I am ecstatic to be back in Texas and excited and grateful for the opportunity to share the incredible Pure Barre experience with the Waco community,” Lowder said.

Studying at Vanguard, Lowder said, allowed her to develop the personal traits that make her the woman she is today.

“I credit Vanguard for my work ethic, drive, responsibility and accountability,” she said.. “It taught me reward, consequence, sacrifice and independence. I learned how to make friends, handle stress, deal with failure and celebrate success.”

She added that Vanguard prepared her to follow my dreams and to take a risk in starting a business.

“Because of Vanguard, I learned that with enough hard work, dedication and discipline, I could do anything I set my mind to,” she said. “And here I am, 11 years later, doing just that.”

Lowder said her best memories from Vanguard are of being able to live and learn in an environment that empowers its students.

“I feel so lucky to have gotten to do that alongside my very best friends in the world and under the guidance and mentorship of the most amazing teachers and staff,” she said.