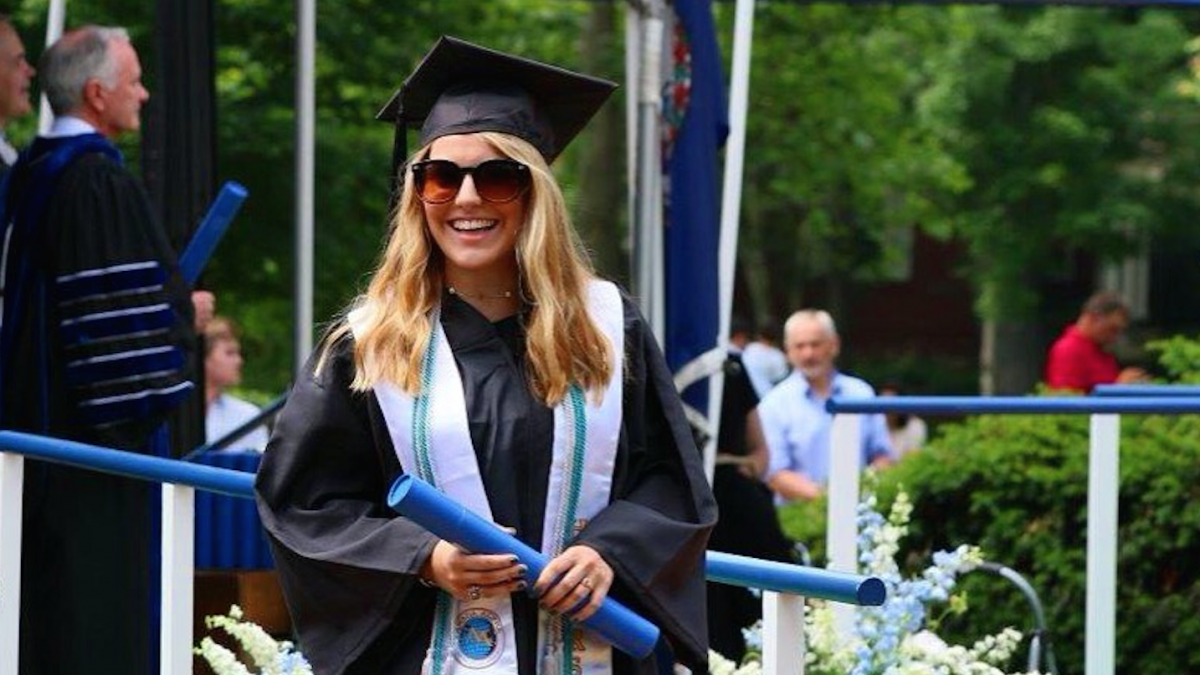 From working in Greece to assisting a school in Malta as a staff member, Hannah Grace Howard, Vanguard Class of 2012, is an anthropology superstar. Her enthusiasm for her work and her love of the field is unmatched.

Since leaving Vanguard, Howard has had a myriad of rewarding experiences that have shaped her into the successful person she is today.

She received the prestigious Johnson Scholarship from Washington and Lee University in Lexington, Virginia upon completing her senior year at Vanguard, and thus, her college experience began.

“I submitted my college applications through Questbridge,” said Howard. “However, I was sent to W&L’s merit-based scholarship competition and was awarded the Johnson Scholarship. It is awarded to 10% of the incoming class and is part of the larger Johnson Program in Leadership and Integrity.”

The Johnson Scholarship allowed Howard to attend W&L, but it was not the only award that she earned.

During her time at W&L, Howard worked on her own research projects and was able to obtain funding from W&L’s Dean’s Office Research Grants and the Leyburn Anthropology Fund.

“The scholarships I had were fundamental to my college experience,” said Howard. “Nearly every opportunity that I had because of them altered the course of my career and facilitated my ability to participate in activities that otherwise would have been impossible.”

While studying at W&L, Howard participated in several activities outside of her academic work. She was an active leader in the student community and applied her enthusiasm for academics to other aspects of life on campus. Howard was a proud member of her sorority, Alpha Delta Pi, and wrote for the campus newspaper, The Ring-tum Phi, and eventually became its managing editor. She was also involved with the Student-2-Student mentoring program.

“Through Student-2-Student, I spent one afternoon a week with a young girl from a disadvantaged family situation,” said Howard. “When I started, she was only four, so we mainly did fun and interactive activities. By the time I graduated, she was seven and had begun school. As such, we did more tutoring-oriented things, and I visited her in her classroom.”

“I made the decision to move to Greece, where I had done my study abroad, in order to learn the language and fine-tune my research interests,” said Howard. “So I bought a one-way ticket to Athens and started my job hunt there.”

Upon her arrival to Greece, Howard began work at the Social Sciences Division of the Athens Institute for Education and Research, otherwise known as ATINER. ATINER is an international organization involved with academic conferences and publications. In her role as a research assistant, Howard played an important part in many of the organization’s aspects.

While in Greece, Howard volunteered and taught English at the Melissa Network, a non-profit organization dedicated to assisting migrant women and their children in Athens. Her time in Athens also helped her realize the next direction for her studies. She enrolled in a master’s program for Southeast European Studies at the National and Kapodistrian University of Athens, where she graduated with distinction. Her interests brought her back to the United States when she made the decision to move to Boston in pursuit of an anthropology PhD program.

“I moved to Boston in August of 2018,” said Howard. “It was the realization that I wasn’t cut out for an office that sent me back to the classroom.”

Currently, Howard is enrolled at Boston University with plans to serve as a teaching fellow and work through some research projects of her own. Inspired by her time in Athens, Howard aims to focus her work around the role of religion in Greece and the ways that it affects not only everyday life, but also the political climate.

“This specifically brings up questions of national identity, gender, and generational change within the larger fabric of ethnoreligious life,” said Howard. “Given the current climate around both economic and refugee crises, as well as a newly introduced program of constitutional review, my work’s purpose is to understand the changing status of the church body.”

As she works towards her PhD, Howard still has plenty of interests to keep her busy. She enjoys writing, hiking, yoga, as well as cheese and wine classes. Howard is also involved with the Expeditions Off the Beaten Track Ethnographic Field School in Malta – a summer school that assists up-and-coming anthropologists with research and projects.

“As staff, we organize a variety of workshops and ongoing projects that students can assist with in order to learn more about the field,” said Howard. “I lead a workshop series on creative ethnographic writing and assist with a project on the anthropology of food.”

Howard is well on her way to reaching her goals, but she still reflects on the impact that Vanguard had on her career and how well it prepared her for college life.

“The rigorous academics and breadth of activities at Vanguard allowed me to explore many of my interests early on,” said Howard. “As such, I felt well-prepared entering college to balance all of the things I needed to do.”

Howard also appreciated the close ties between the students and teachers at Vanguard.

“Because of the close and respectful relationships between students and teachers at Vanguard, I was better enabled to interact with my college advisors than some students entering from larger schools,” said Howard. “My favorite aspects of the Vanguard experience came from senior year with things like having the lounge and decorating parking spots. The culture at the school does a really good job of making you feel like you’ve accomplished something by making it to your final year.”

Howard has some advice for students currently enrolled at Vanguard.

“Create a balanced resume for yourself and remember that this includes fun things too, not just academics,” said Howard. “Apply for every scholarship you can find, even if you think you might not qualify. You never know what you can end up with. Lastly, take risks. They work out sometimes, and if they don’t, at least you got a good story out of it.”

Howard aspires to become a professor at a liberal arts college once she completes her PhD, and she has taken inspiration from her past mentors at Vanguard.

“If I can be half the help to future students that my college advisors or Mrs. Johns and Mrs. Ferretter at Vanguard were to me, then I will consider it a great success,” said Howard.