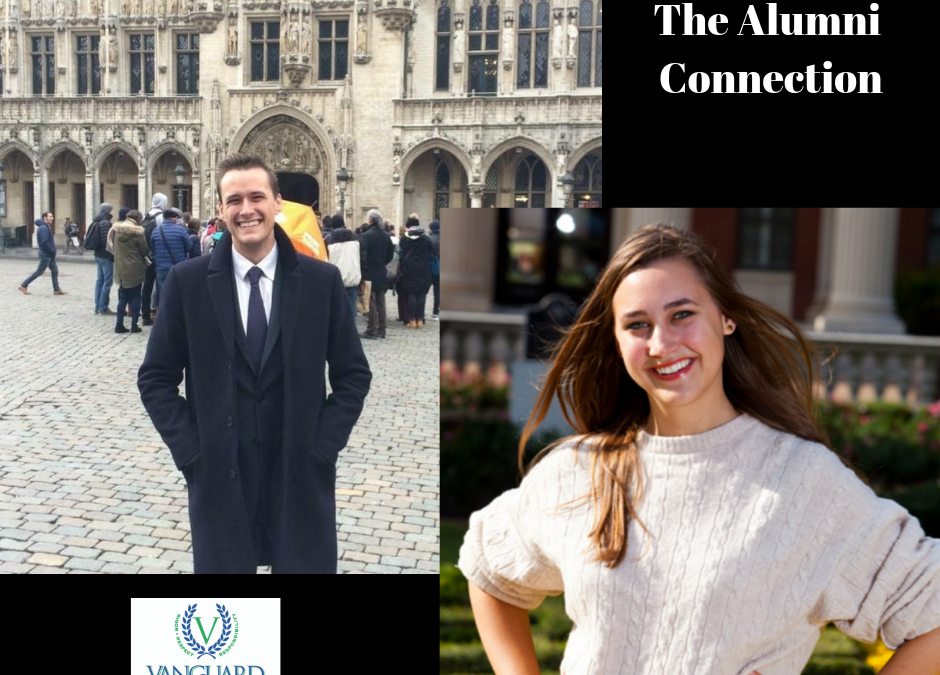 Residing in Jacksonville, Fla., Isla Hamilton (’08) is living out her lifelong dream of living close to the beach.

“I’m settling into life in Jacksonville, which has a thriving foodie scene,” she said. “I work as a bid manager for one of the largest staffing companies in the world, and I use the project management skills that Vanguard taught me daily.”

After graduating from Vanguard, Isla attended Sewanee: The University of the South, majoring English literature with a minor in anthropology. She earned a Master’s degree in journalism from Baylor University. And she said she “absolutely” felt that her Vanguard education prepared her for college.

“Vanguard prepared me for college by teaching me how to think critically and for myself,” she said. “Vanguard also taught me to be independent and self-motivated, which is a godsend in college.”

“Vanguard taught me to be close to my teachers, to learn from them and engage with them,” Isla said. “Sewanee is a relatively small school and I was able to very easily replicate that there, but it also helped immensely in grad school at Baylor.

She recommends students begin practicing this at Vanguard and then utilize office hours in college, whether a big or small school you will instantly see the benefits.

Just three years later, Ewan Hamilton-Short (’11), Isla’s brother, graduated from Vanguard and attended Baylor in the Business Fellows and Economics program, minoring in French and Spanish. He earned a Master’s degree in French Studies from the American College of the Mediterranean. Ewan is currently pursuing a J.D. at the University of Michigan Law School.

While in college, Ewan got involved in programs that allowed him to travel the world.

“I was involved with the Model Organization of American States program and was president of the regional and national models,” he said. “I would highly recommend that or something similar. It was a great way to travel and gain practical experience in every area that has been relevant in my working life since, especially technical writing and networking.”

He also earned an internship position with USAID on the Africa desk of the Development Credit Authority.

“That was excellent for my technical writing and editing,” he said. “Anything like that is enormously valuable no matter what the career path. It’s something that doesn’t get taught in school very often, but it is much more similar to the kind of writing that is useful in the long run.”

“I didn’t find that Baylor presented any challenges,” he said. “I worked every day at Vanguard. I studied and read on my own and took all of the AP classes I could. It’s good preparation, especially since the workload in college is usually significantly less on a daily basis.

His advice for current students:

“Take as many AP classes as you can,” Ewan said. “Prioritize your college applications over your first semester grades senior year

. Apply as early as possible for everything to which you apply in life. Study abroad and travel as much as possible, and stay in host families if you can. But, don’t be afraid to leave the bad host families for better ones. Even if you have a passion in college try to take a broad range of classes. Two of my favorite classes were Spanish Masters from Goya to Dalí and French Wine in the Global Economy. Neither had a thing to do with my actual degree, but they were both very fun and interesting.”