The May Alumni Connection 2015

In the business world, being highly competitive begins even before your first job. Getting into a prestigious MBA program, for example, could be the first hurdle. This year, Stanford accepted only 410 MBA candidates from the more than 7,300 to apply. Two of those chosen are Vanguard graduates.

Jed Cole and Tim Latimer both credit their success in undergraduate studies to the foundation they built at Vanguard, and both know it will continue to serve them as they pursue their MBAs, beginning in September. 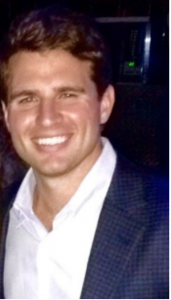 Jed graduated from Vanguard in 2009, and went on to attend the University of Texas, where he graduated with honors from the Business Honors and Finance program. Since graduating, he has held several jobs as a business analyst, and currently works as an operations manager for a travel transport and logistics company. Prior to graduation, he also took on several entrepreneurial ventures, including two that he still maintains. After completing his MBA, Jed hopes to return to consulting for a few years, but his ultimate goal is a career in private equity/real estate investing.

Tim graduated from Vanguard in 2008, then attended the University of Tulsa, where he was awarded a full academic scholarship to study Mechanical Engineering. In his time at Tulsa, he received other awards, including the Sidney Born Award for Academic Achievement in Mechanical Engineering, and New Greek Man of the Year. He currently works for an oil and gas company as a drilling engineer. Prior to this position, he has worked in a variety of roles, including as a site supervisor and a project engineer. Tim hopes to put his MBA to work as he continues in the energy industry, with hopes to find solutions to energy challenges.

Both young men believe the first step in their academic successes were at Vanguard. 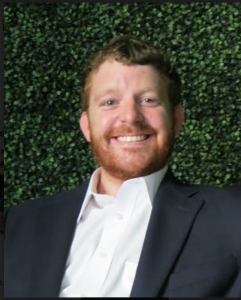 “Vanguard duplicates the college atmosphere particularly well, especially when it comes to the amount of freedom you are given as a student,” said Tim. “This responsibility helped teach me time management, one of the most critical aspects of college success, through trial and error – in my case, a lot of error – in a safe environment with Vanguard providing the tools for success.”

Jed agrees that Vanguard’s preview of college life was instrumental in his early success.

“The biggest advantages I took from Vanguard were knowing how to properly prepare for exams and having a realistic view of what it would take to succeed academically,” said Jed. “Many of my peers were shocked when the amount of work they were accustomed to devoting to exams in high school resulted in much lower grades in college. For me at least, it was the opposite. The comfort this provided me around the academic requirements of college allowed me to pursue greater involvement in the extracurricular activities that today define my college experience. This was made possible in large part by the preparation I received at Vanguard.”

Both Vanguard alumni say their instructors made lasting impacts.

“It was very helpful for me to face the academic rigors of Vanguard while having such a strong support system I could lean on,” said Jed. “In addition to my parents guiding me at home, I had teachers who knew me so well.”

Tim also feels that the way Vanguard instructors focus not only on getting into college, but knowing how to succeed once they get there, was his saving grace.

“I didn’t fully appreciate my Vanguard education until I realized how prepared I was for my courses freshman year,” he said. “All through my college calculus courses, whenever I would face a challenging problem, I could always imagine Dena Johns explaining how to break down and solve the problem from her rigorous AP calculus course. This is just one of many examples of how the Vanguard education continued to pay off long after I graduated.”