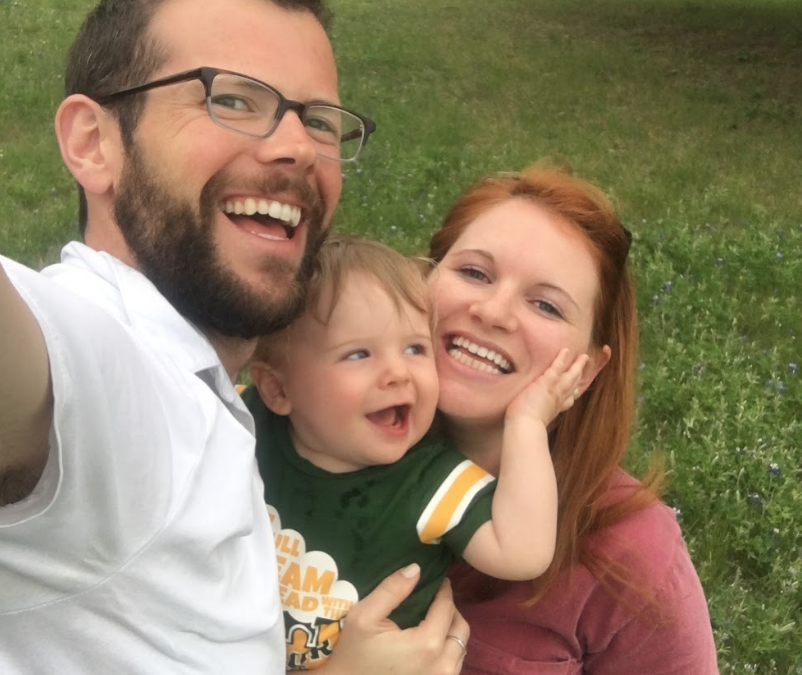 Have you ever seen the color-coded diamond placards on trucks and tank cars with 4-digit numbers? You have Britain Bruner in part to thank for those signs that help keep us safe. Britain Bruner’s office at PHMSA in the DC area is responsible for providing the technical expertise to ensure that the proper colors and numbers are used whenever hazardous good are transported. Britain’s office is front and center in developing and reviewing research, regulations, permits, approvals, and industry standards pertaining to the transportation of dangerous goods.

Britain graduated from Vanguard in 2005 and entered Austin College thinking he might focus on Pre-med or Pre-law studies.  Instead, Britain ended up a Chemistry major with a minor in Spanish. While Britain chose his major because he enjoyed researching light-absorbing molecules for dye-sensitized solar cells, he was not content to spend all his time in a lab. Rather, Britain also played lacrosse, helped start a fraternal organization, and played in two different bands.  Ultimately, Britain decided to pursue a Ph.D. in Chemistry and he joined Dr. Patrick Farmer’s research group at Baylor University. In Britain's first year, he helped set up Dr. Farmer's lab at Baylor. Here, Britain’s research included "the effects of heteroaromaticity in small organic molecules when coordinated to transition and main group metals for bio and material based applications" and nitric oxide and human efforts in triathlons.  Still not content to spend all his time in a lab, Britain trained for and competed in triathlons himself, completing Ironman Texas in 2013! The passion Britain feels for this kind of work has not abated and, even now, he has a research proposal in the works to study alternatives to cholesterol levels as predictors for cardiovascular disease.

After graduation, Britain moved to Maryland with his wife, Jaclyn. According to Britain, he had to apply for about 250 jobs in the DC/Maryland/Virginia area before he found one that connected with his technical degree. Finally, Britain accepted a position from the Pipeline and Hazardous Materials Safety Administration, a small government agency whose primary focus is safety administration. Britain is one of six chemists that provides technical expertise for the agency's standards pertaining to transportation of dangerous goods by various forms of transportation.  Clearly, it is a good fit; according to Britain, “I love the subject matter of my work. Hazardous materials are shipped every day all over the US.”

When Britain is not working, you’ll see him spending as much time as possible with his one-year-old son and Jaclyn. It has been a whirlwind of a year for Britain: “Words cannot even begin to capture the changes and ranges of emotions over the last year. It has been absolutely amazing.”

Although Britain lives many miles away, he will always be connected to Waco. Britain's parents and brother (Bricker, Vanguard 2009) live here and his sister (Brooklyn, Vanguard 2002) lives in Richardson. Britain often reflects on the town and school that formed him. Reflecting on his time at Vanguard, Britain remembers a multitude of teachers that helped him pave his path: Brad Livingstone, Paula Marshall, Patty and Joe Flowers, Harold Mulholland, Suzanne Kelly, Senora Riddle, Aline Leslie, and John Perdichi. Britain remains thankful for the strong foundation Vanguard provided: “Vanguard's curriculum has prepared me to confidently and articulately speak up and be a leader, but also to know when to be led.”

Britain tells current Vanguard students, “Do not let others define you, define yourself. As you define yourself, be open to change. And when someone close to you says ‘you've changed’ in that scornful way that can hollow you out, remember you have changed for a reason and that change is valuable in defining who you are."

Greta Knoll is working on the 10 year, 25 year and 40 year reunions.
Many school reunions are being planned!
Make sure we have your contact information.
Contact Greta_Knoll@vanguard.org with questions
or join the Reunion Facebook group and the Alumni Group via Linkedin.
Share