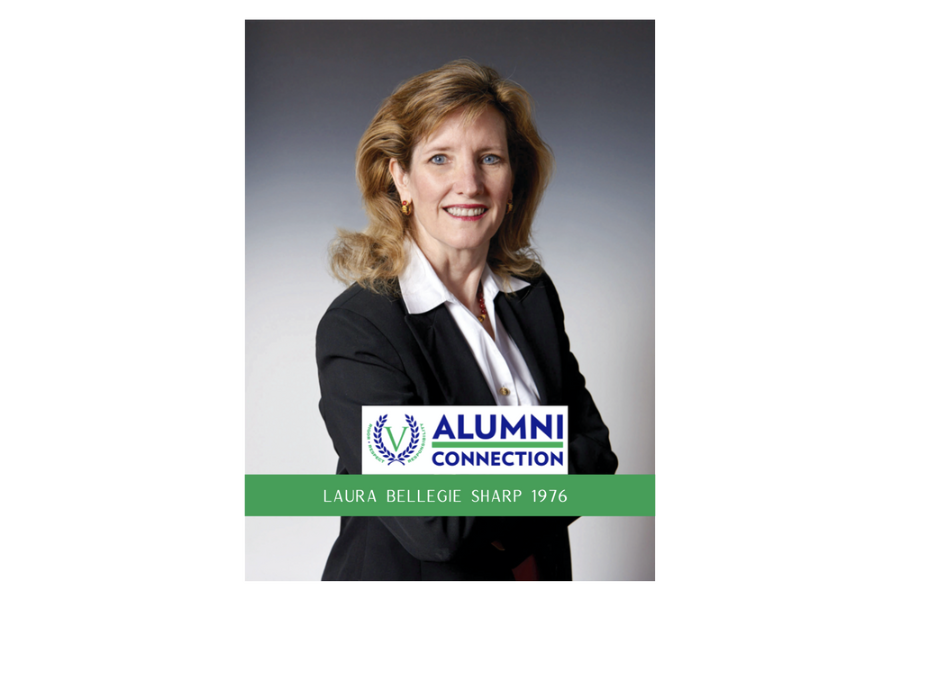 With Vanguard’s 50th anniversary just two short years away, we are delving into the school’s rich and colorful history — its cutting edge beginnings and how it transformed into the competitive college preparatory school it is today.

Austin attorney Laura Bellegie Sharp,’76, started Vanguard as a freshman in the school’s inaugural year, 1973. Her father, Dr. N.J. Bellegie, was one of the founders, who along with Western Institute of Science and Technology president Dr. Louis Bright, sought to create a rigorous and innovative high school experience with modern instructional techniques and high standards. 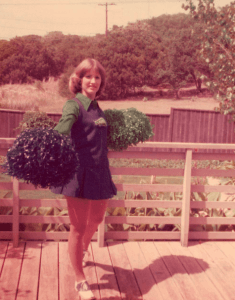 “[My father] knew that the current public education system in Waco was flawed at that time,” Sharp said. “That is why Dr. Bright and others were trying to alter traditional methods of education. I was bored in school, but I think my parents did not relish the idea of me going to boarding school. Dr. Bright convinced a group of similar minded parents, like mine, that his progressive system would keep us interested and would prepare us for college.”

The concept of mastering a subject, rather than how much time is spent learning it, was at the heart of Vanguard’s educational philosophy. That resulted in a curriculum of self-paced courses that allowed students to take ownership of their learning, guided by top-notch teachers in their fields. And tuition was $1,500.

“Back then, it was a kind of a petri dish for different ways to educate students “a la Dr. Bright,” Sharp said. “We had self-paced courses, learning centers grouped by subjects and contracts for your grade. Because of that, I was able to graduate a year early from Vanguard. I finished nearly two years early because of this innovation in education.”

Instead of leaving Vanguard at age 16, the school arranged for Sharp to take two classes at Baylor each semester of her final year. She then attended Rice University for two years, transferred to University of Texas in Austin and graduated with a double major in Economics and History.

That might sound like an intense high school experience, but Sharp said Vanguard was affirming and fun.

“When you were ‘ready’ to take a test for a module of learning, you went to the central testing center where Mrs. Naylor ruled,” she said. “She would find the test that you needed and monitor you and everyone else in the center. No one person was likely to be taking your same test and there were multiple versions of the test in case you had to take it again. You turned it in and a teacher graded it. If you passed, you got a ‘free module’ slip and could use that reward to get out of a scheduled learning center for a period. If you saved up your “free-mods” you could take off a significant period of time and if you had convinced your parents you were mature enough, you could leave campus.”

Sharp said few people had cars, but she and her friends rode bikes, so they would take long lunches and ride to restaurants to eat. 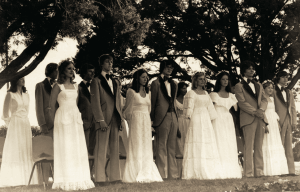 “We also went to the Ridgewood marina and water skied,” she said. “If you did not pass the test at the grade level that you contracted for, you studied harder and longer and retook a new version of the test. The entire idea was that you mastered the material.”

“I took skeet shooting, waterskiing, snow skiing, basketball, tennis and track,” she said. “If you wanted to be in a club and there wasn’t one you liked, then you were encouraged to form one. If you wanted to do something like work on the annual, you could join the staff and grab a camera. If you couldn’t sing, it didn’t matter, you could still join the choir. You could do as much as you could fit in a day, week or year. It helped anyone who wanted to be a leader learn to do so.”

After graduating from Texas, Sharp said she considered a career renovating historic homes, after having taken a college class on it. After obtaining her Bachelor’s degree, she came back to Waco and spent a year taking drafting classes at Texas State Technical Institute, real estate classes at McLennan Community College and getting her Education Certificate at Baylor. During that time, her classmate, Rod Keith, who was back in Waco, enrolled at Baylor Law School.

“He convinced me to go to a few classes with him and that I would love law school,” Sharp said. “I was indeed convinced, took the LSAT and enrolled at Baylor Law School. They allowed me to start in their winter quarter so I could finish my student teaching at Richfield High School.” 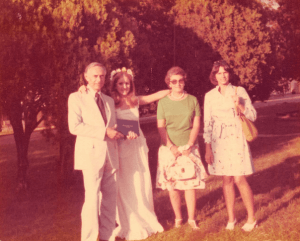 Sharp said she did not know that she wanted to be an attorney from childhood, like her husband.

“But Rod was right,” she said. “I love being a litigator. I have never looked back or regretted my path to getting here.”

Sharp practiced for several years before marrying an attorney, Lance Sharp, whom she met at a young lawyer event. After having their children, Lancer and Mesia, who are fourteen months apart, she realized that she could not sustain the travel and hours of her then job, but did not have any desire to stop practicing law.

“My husband and I decided to try practicing together so I could control my cases and time easier,” she said. “I joined his solo personal injury firm in 1997. We still practice and try cases together.”

With more than 30 years of experience as a trial attorney, Sharp has a reputation for providing compassionate representation for her clients. She devotes her practice to helping the victims of medical negligence, dental malpractice and serious personal injury cases. Nationally, she is a member of the American Bar Association Medical Professional Liability Standing Committee. Locally she serves on the Seton Institutional Review Board.

Sharp is not only a gifted and respected trial lawyer but also someone who gives back to the legal community. She has served as President of the Austin Bar Association and chaired the Civil Litigation Section. Additionally, she served as a Director of the State Bar of Texas Board of Directors.

“It is possible my son, who is a first year law student, will eventually join us, but who knows, he may go in another direction,” Sharp said. “My daughter is still in college but gravitates toward politics. I will support them in whatever profession they choose. I just want them to love doing it.”

Sharp said she believes the best part about Vanguard was the individualization of classes and time with teachers that helped her love learning. She credits Joe Flowers, who is still teaching at Vanguard, for nurturing her love of numbers and Mrs. Brooks for getting her hooked on history.

“I could not have had better teachers — period,” Sharp said. And the memories made with classmates and friends are a big part of Sharp’s experience.

She recalls many “free-mod” adventures with her friends, she said, and sneaking in at night and playing pranks on the teachers by moving furniture or going on the Spanish trip to Mexico City with Ms. Terri and other patient chaperones.

Vanguard returned to more of a traditional school in the years after Sharp was there.

“By the time my nephew and niece, Matt and Claire Campbell entered, Vanguard had regular classes, lectures and regular tests,” she said. “I think they were more prepared for college than I was.”

Keeping an open mind about the future is Sharp’s best advice for today’s Vikings.

“I sincerely thought I would be a chemical engineer when I left for college,” she said. “That idea was over within four semesters. I ‘fell’ into my current career but it was the best one for me.”

Sharp’s father gave her a piece of advice she keeps close at hand: Give back to the profession that puts food on your table.

“He meant that I needed to be involved in professional organizations that help raise my profession to higher levels,” Sharp said. “He did so by volunteering part of his after hours time to the McLennan County Medical Association, McLennan Community College, Providence Hospital Medical Board and Hillcrest Medical Board. He also served on several state boards and in some of his alumni associations. I do this at local, state and national levels by volunteering for many roles, from leadership-to mentoring-to teaching-to pro bono assistance to people who cannot afford to hire an attorney. In return, I have gotten to travel, met many attorneys who refer me cases, and feel satisfied that I have accomplished what my father set for me as personal goals.”

We appreciate our Vanguard School Alumni
are a vital part of the Vanguard family, and we would love to hear from you.