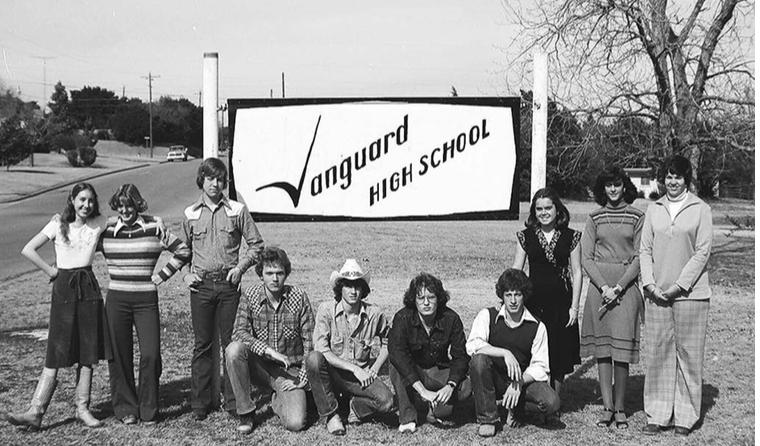 Founded in 1973 in Waco, Texas on a collegiate style, 8.5 acre campus, Vanguard College Preparatory School is a private, independent, coeducational day school for students in grades 7-12.

The current site of Vanguard was purchased in January, 1973; and with a generous grant from the Cooper Foundation, the school was renovated and opened in September. The original footprint included three large limestone buildings constructed in the 1930s and 1940s. 106 students enrolled and the school opened on it’s first day on September 4, 1973.

Dr. Louis Bright, president of the Western Institute of Science and Technology and Dr. Jerry Vincent, WIST’s director of education were keys in it’s founding. The first chairman of the Board was Dr. Abner McCall, then President of Baylor University.

Using the individualized instruction model of the Western Institute of Science and Technology, students would use “packets” with learning objectives and activities. Going at their own pace, they would demonstrate a score of 85% or better before moving on. They could retest as necessary and their grade was earned on their final retest. The school was a part of the Nationwide Computer Service, based out of Texas State Technical Institute to provide services to schools and colleges across the country. A computer terminal installed at Vanguard was an engineering and experimental terminal that developed and managed the individualized learning programs. Vanguard moved to a college preparatory style of learning since that time, but maintains it’s core values as it prepares students for academic success and fulfilling lives.

Students now use 21st century tools to support learning and enhance student engagement. State-of-the-art computer labs are accessible to students. Art, drama, debate, publications, service organizations and non-selective athletics are among extracurricular options. Enrollment has varied year-to year, but stands at an average of 235 students. Qualified students are admitted regardless of race, religion, or ethnic origin.

Mindful of the high standards of the visionaries who founded the school, the foundation of the Vanguard experience is based on our core values – rigor, responsibility, and respect. The community of Vanguard students, faculty, administrators, and parents are committed to a personalized learning experienced that prepares each student to excel at the collegiate level and beyond. 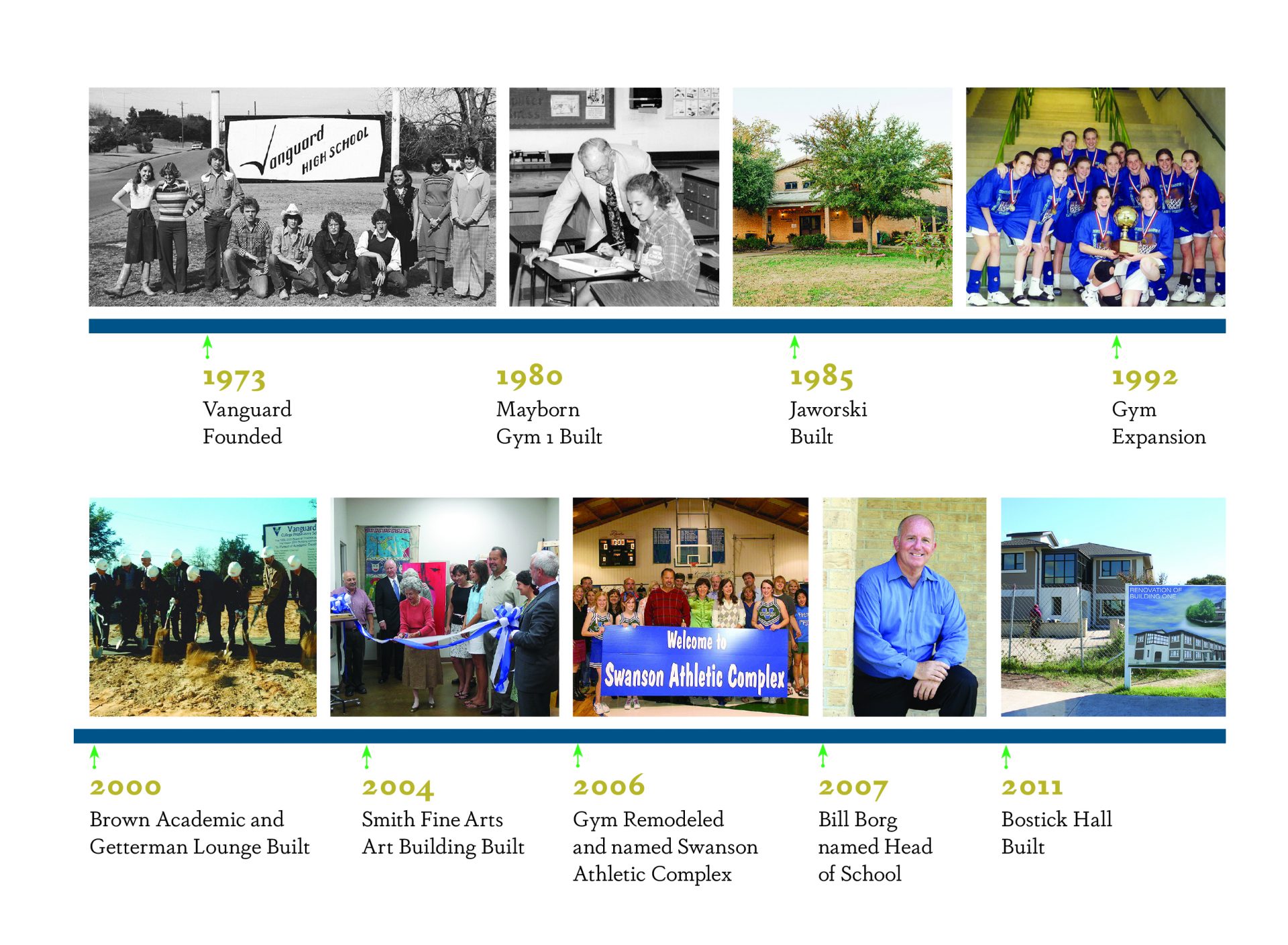