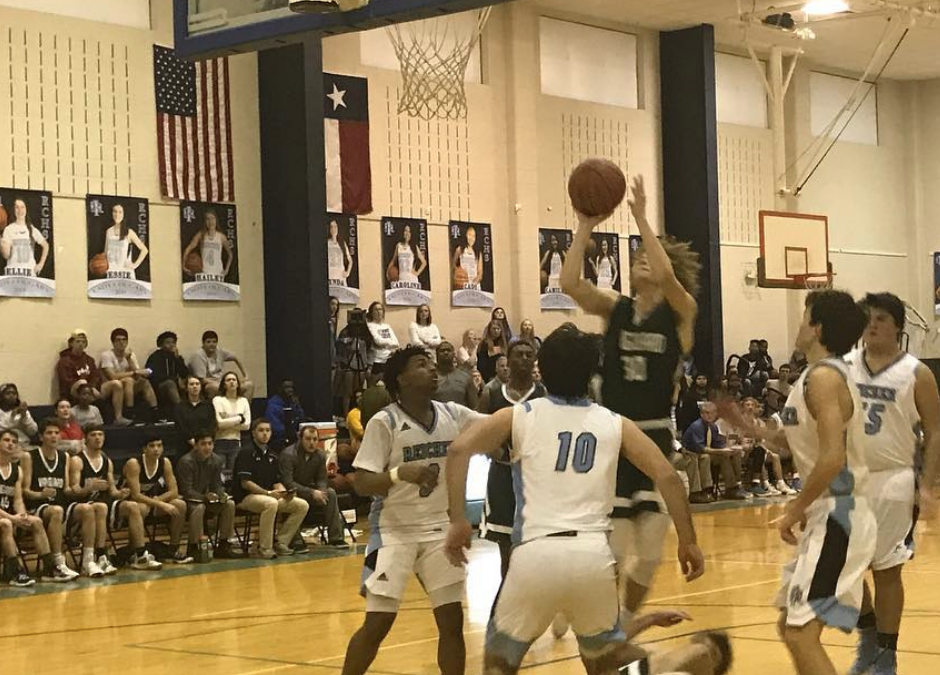 The JV and Varsity Boys took on Reicher last night, to open district play in basketball.  The JV Boys were up first, and despite playing with only 5 players, took their opponents to the wire, dropped the game in the end. The Varsity Boys took the court and saw a wild game go back and forth. The game ended tied in regulation, requiring Overtime to find a winner. In the OT, the guys made a couple of big shots and big stops to take the lead and finished the game off with good free throw shooting for an 8 point victory. Both teams are back on the court Friday, as they take on Austin Hill Country, JV at 5:00 and Varsity at 6:00. Let’s get out and support the basketball teams in their first district home games Friday!