Notice: Trying to get property 'post_excerpt' of non-object in /home/customer/www/vanguard.org/public_html/wp-content/themes/betheme/includes/content-single.php on line 214 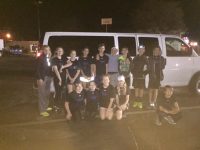 The middle school tennis team won 15-13 in their first competition of the spring. The team traveled to Groesbeck where they went up against a team of over 40 players. Playing multiple matches, Karch Knoll, James Merchant, Thomas Singletary, and Elisabeth Rollins all won singles and doubles matches; while Amanda Bailey, Kaylee Cooper, Laine Hightower, Aubrey Roberts, Ethan Marsh, Brooks Indergard, and Cole Clark won doubles matches. Every player from Vanguard had competitive matches and supported each other as a team.