The Varsity Boys Basketball Team opened their playoff run on Tuesday night at home, taking on Logos Prep out of Sugar Land for the right to go to the Regional round this weekend. The start was a slow one for the Vikings, who found themselves behind early. Despite their struggles, the boys never quit and battled back to cut the lead to 5 points at the half. They came out strong in the 2nd half, and closed the 4th quarter with a flurry of baskets on their way to the victory. The Vikings are Area Champs and will head to this weekend’s game with date and opponent still TBA.

The team would like to thank the big crowd of supporters who came to watch them play, you guys were awesome. Go Vikings! 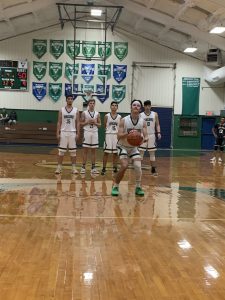