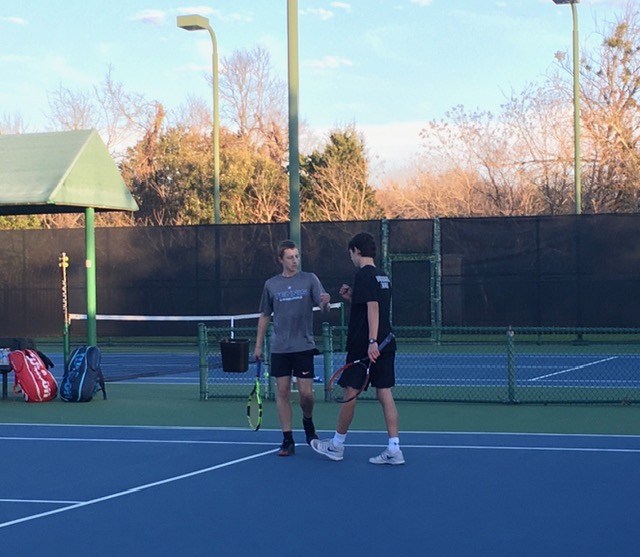 The High School Boys’ Tennis Team played Fort Worth Christian at the Waco Regional Tennis Center Wednesday night as a replacement match for a team that canceled. The Vikings faced the 5A, TAPPS State 3rd place team, loaded with tournament players, in near perfect conditions, playing 2 singles spots and 2 doubles spots. In singles, James Merchant was off first with a win, after saving two set-points against him in the first set tiebreaker, and a 6-2 second set win. Evan Cole dominated in straight sets against his opponent with a 6-2, 6-3 win. In doubles, Billy Xu and Anthony Foti split sets and won their match in a competitive 10-point tiebreaker for the third. Karch Knoll and Ethan Marsh also split sets and won it 10-7 in the super tie-breaker. The final score was a hard-fought, 4-0 win. The High School Team will compete in the Corsicana Varsity Tournament this Friday in Cors