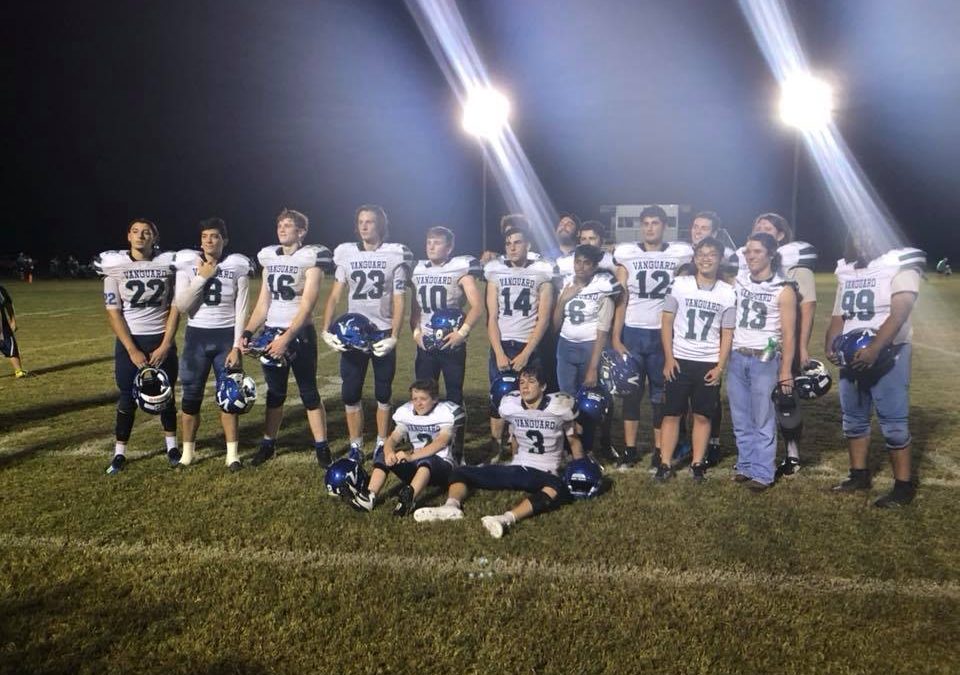 The Vanguard Football Team (2-1) defeated the defending TCAL State Champions, Parkview Christian Academy (1-2), by a score of 70-52 on Friday night. After a lightning delay to start the game and a couple of big plays by the Pacers, the Vikings found themselves down by 10 points at halftime. The second half belonged to the Vikings as they played error free and outscored the Home Team by 28 points. A 33 yard Field Goal by Luke Wilson followed by a Carter Klepper interception return for a touchdown ignited the team and they never looked back. The Vikings will travel this week to face Watauga Harvest Christian Academy (2-1) on Friday night in what’s sure to be another great game.

Congratulations to Pierce Snokhous, Carter Klepper and Jackson Davis for being named to the Waco Trib’s Football Honor Roll. You can log in and vote for these young men to be named Sixman Player of the Week here (voting ends at 9AM Wednesday).