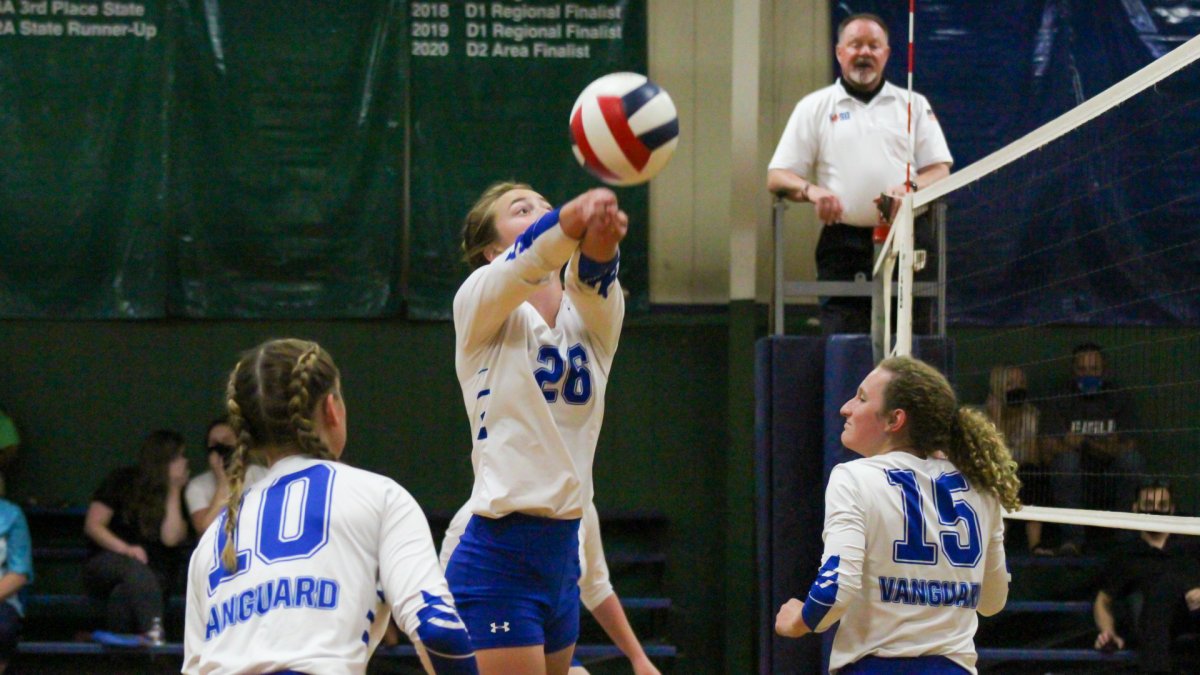 The Varsity girls were next on the court, and they played a solid match, defeating their hosts 3-1 in 4 sets, to claim their second victory in a row.  All 3 High School teams are in action on Friday at home, as they take on La Vega.

Starting with the Middle School matches Tuesday at home vs. Live Oak, the White Team were in a back and forth struggle with their opponents.  They dropped the first set, before winning the 2nd set behind a long serving run by Ava Martinez to give the team a big lead.  In the final game, the girls just started slow and couldn’t catch up, falling 2-1 in the match.  The Blue Team also came out and split the first 2 games to stay even at 1-1.  In the deciding third game, the girls executed their serves, and played great defense, on their way to a 2-1 match victory!
The JV Blue kicked things off at the High School level, as the teams played in Riesel Tuesday night.  The JV girls just couldn’t get any positive momentum rolling in their direction, as they fell 2-0.
Share