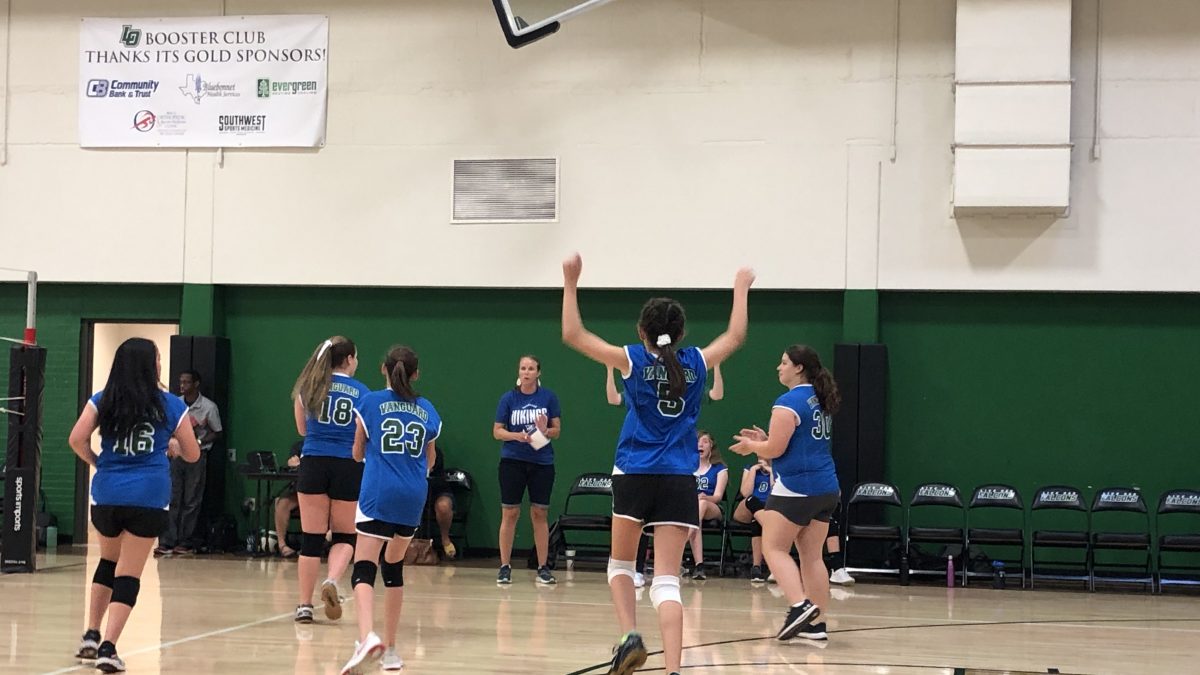 All 5 Volleyball Teams were on the court last night, with the MS Teams traveling across town and the HS Teams at home.  First off, we want to say as coaches thank you for the awesome fan support last night, you could definitely feel the energy in both buildings with that, so we are asking that you bring that again tonight for HS and Monday for MS, great job Viking Fans!

The High School Teams ran into a tough opponent in CTCS from Temple.  Although neither team was able to secure a victory, they both played very hard and saw significant improvement in their play as the matches went on, playing their best ball at the end.  They will try to bounce back tonight at home against Covington High School, JV at 5:00 and Varsity at 6:00 pm.
The Middle School Teams played a familiar foe in Live Oak at their gym, with every team in a tight battle.  The Green Team won their match 2-0, then the White Team found themselves down most of the match, but some clutch serving by Amelia Livesay in the 3rd and deciding game led the team to a huge come from behind win 2-1.  The Blue Team had a slow start, but found themselves going back and forth with their opponent.  In the end, they came up 2 points short of a win, in a match that could have gone either way.
Overall, we are so proud of all of these teams and how they represent Vanguard, way to go Lady Viking Volleyball!
Share