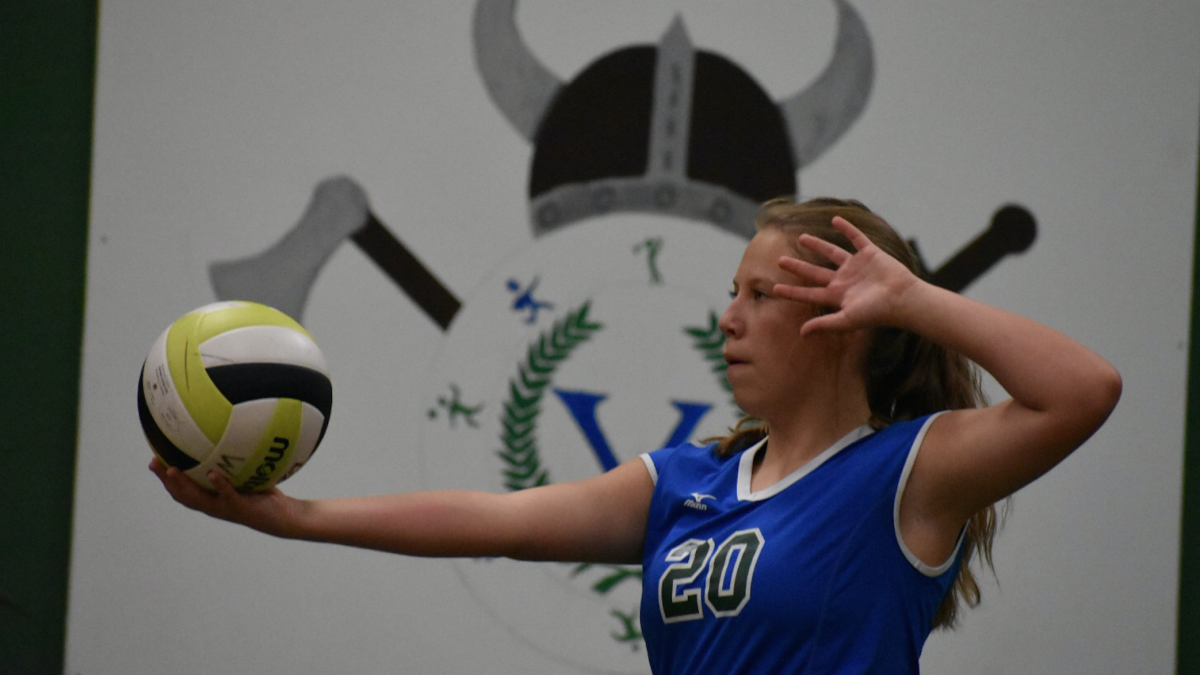 The Middle School Volleyball teams made the short trip across town to take on rival St. Louis Monday night. The White team started the night off but were unable to come up with a victory, playing hard to the end as all of the girls battled. The Blue team found itself in a thriller, taking down St. Louis in 3 games for a 2-1 victory. Great effort by both groups ladies!

The Varsity Volleyball team took a trip down I-35 for a district road contest at Austin Veritas. Although a win is what they sought, it proved not to be the case, despite good play and epic rallies, with a thrilling 27-25 second game. I’m the end, the Lady Vikings dropped the tough road game, and return back home Thursday to take on their rivals from Reicher. Great effort girls!